Potato flour is a type of flour that is made from potatoes.

It is typically used as a gluten-free alternative to wheat flour.

It can also be used as a thickener, binder, and breading for chicken, fish, and vegetables.

Yes, potato flour is made from raw potatoes that are ground into a fine gluten-free powder, making it safe for people with celiac disease or folks with gluten intolerance.

Gluten is a group of proteins usually found in wheat, barley, rye, and spelt.

The two main proteins are gliadin and glutenin.

When mixed with water, these proteins bind the compound into a sticky lump, giving the dough stickiness and elasticity.

In addition, it traps air molecules in bread, making it rise when heated.

Roughly 5% of people worldwide are gluten intolerant, while less than 1% suffer from celiac disease, the most severe form of intolerance.

Symptoms of gluten intolerance are:

While potatoes in their pure form don’t contain gluten, some restaurants that are not strictly gluten-free might have some cross-contamination in their cooking methods.

For example, potatoes could be boiled in water in the same pot that wheat-based pasta once was.

This could be problematic with people susceptible to gluten or with a more severe disease like celiac.

Celiac disease is the most severe form of gluten intolerance.

Surfaces like pots, pans, knives, and countertops can similarly contain trace amounts of gluten that can get into potatoes or other foods that are supposed to be gluten-free.

Diligent care must be taken if preparing food for the gluten-intolerant to avoid contamination of any kind.

In addition, wooden utensils and chopping boards might have minute cracks in them, invisible to the naked eye.

These cracks can trap contaminants on a molecular level and cause problems to people with intolerances.

While most fresh potatoes are pure, sometimes frozen potatoes or french fries contain a coating of wheat or flour and will not be gluten-free. 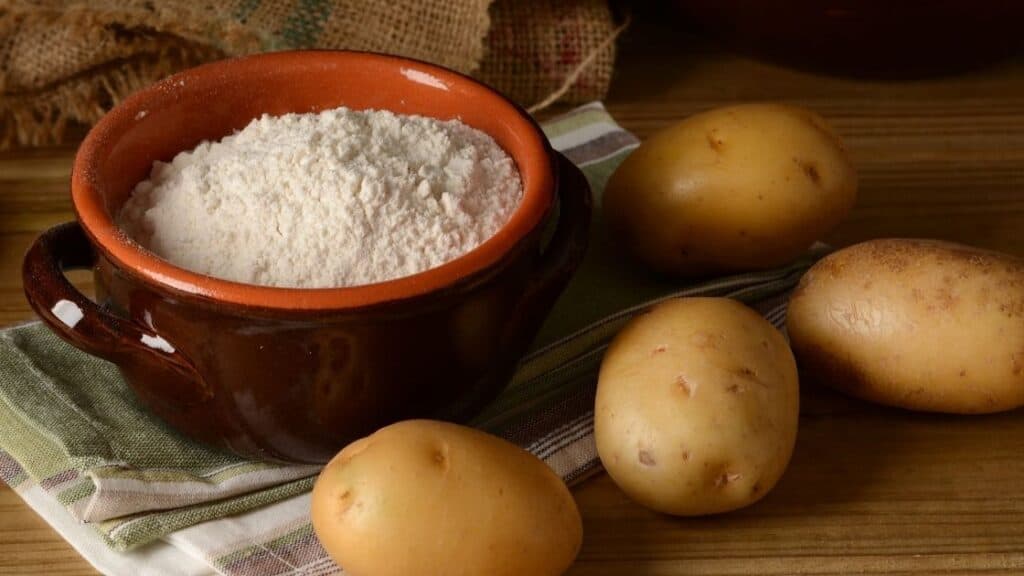 Yes, modified potato starch can be gluten-free as long as the starch isn’t processed with other non-gluten-free ingredients.

In addition, it should ideally be processed in a gluten-free facility.

Great care must be taken in preparing a gluten-free meal, as some gluten intolerances can have severe consequences.

Kitchen surfaces, utensils, and cutlery have to be cleaned thoroughly with soap and water before contact with gluten-free food.

Starch is often added to soups and stews as a thickener and is commonly used for baking in countries too cold for a wheat crop such as the Nordic countries.

Potato starch is gluten-free. However, although rare, people with potato allergies can develop symptoms after consuming potato starch.

An allergy happens when the immune system mistakenly thinks a particular trigger is a harmful invader.

The body then isolates these intruders like other viruses and bacteria and attacks them, triggering an allergic reaction.

Food labels should clearly state if the starch is derived from wheat or other gluten sources.

Potato flour is an excellent alternative for those with corn allergies

. Its many water-absorbing properties make it a popular choice for thickeners, baking, gravies, and sauces in gluten-free cooking.

In addition, it can be used at high temperatures and can last longer than cornstarch. 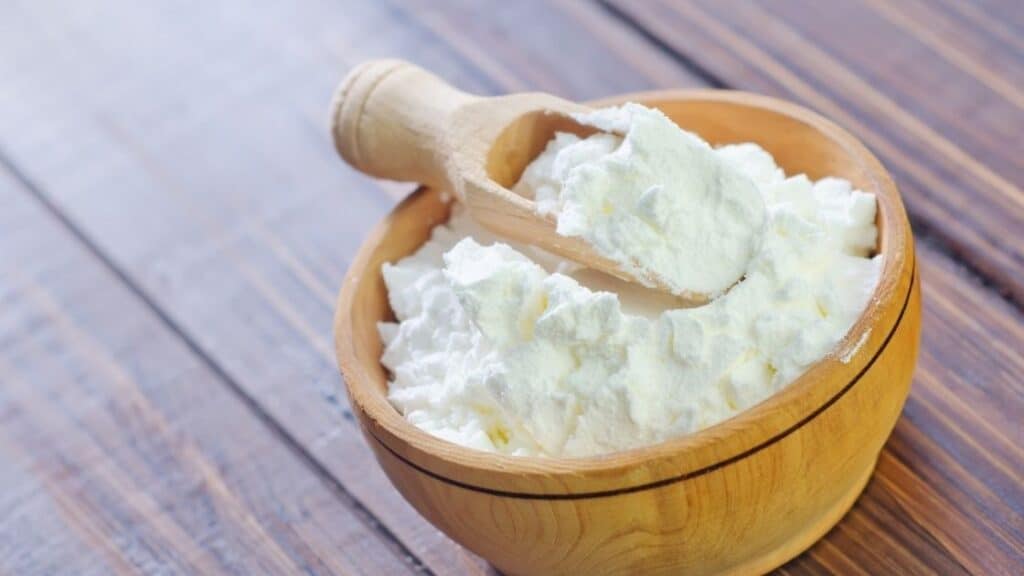 Yes. Sweet potato starch is a natural, non-GMO, gluten-free flour made from the roots of the sweet potato plant.

With a low glycemic index and numerous health benefits, sweet potato flour is an excellent substitute for wheat flour in gluten-free cooking.

The sweet potato is an underground tuber that is high in fiber, carbohydrates, essential minerals, and beta carotene.

Beta carotene is a potent antioxidant that metabolizes into vitamin A.

Antioxidants are essential in maintaining balance in the body, helping the immune system fight free radicals and prevent severe disease.

In addition, unlike its distant cousin, the potato, sweet potatoes have a lower glycemic index.

They could be suitable for people with type-2 diabetes to incorporate into their diets in moderate amounts.

The glycemic index of sweet potatoes primarily depends on the cooking methods.

Boiled potatoes have a relatively low GI of 44, making them suitable for people with type 2-diabetes.

In comparison, fried sweet potatoes have a whopping 96, making them unsuitable for people with diabetes.

Some of the health benefits that sweet potatoes have been credited with include:

Sweet potato starch is the powder made from the sweet potato after removing the skin and pulp.

It can be used as an excellent gluten-free flour substitute in baking and thickening agents for sauces, soups, and stews.

Although sweet potatoes are an excellent addition to a healthy diet, they contain oxalates, a naturally occurring compound in plants that bind to calcium and other minerals.

Excessive levels of oxalates might cause kidney stones. When in doubt, always check with your medical practitioner!

What Is Sweet Potato Starch Made Out Of? 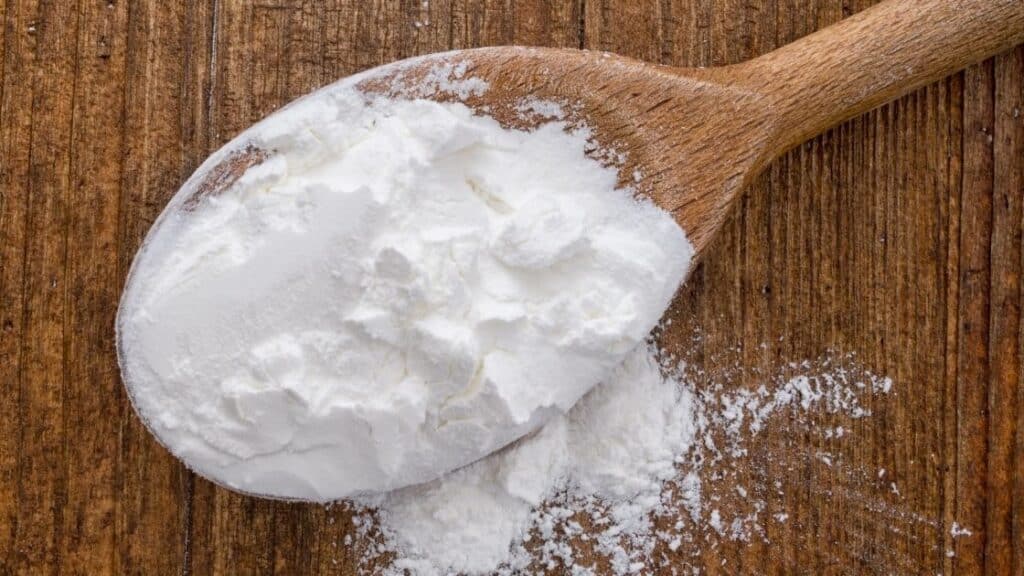 Sweet potato starch is made by extracting the starch from a sweet potato.

Sweet potato is a tuber that comes from the root of the Ipomoea batatas plant.

In addition, stems produce another waxy tuber that contains no starch and can be eaten raw or boiled.

Starch is a type of carbohydrate commonly found in some foods like potatoes, corn, rice, wheat, and soybeans.

The two primary starches are amylose and amylopectin.

Amylose is made up of long chains of repeating units of alpha-D-glucose molecules with branches on the polysaccharide chain.

It functions as the energy storage of plants and is more difficult to digest than amylopectin, making it a resistant starch.

On the other hand, Amylopectin is made up of short chains of repeating units of D-glucosamine molecules with branching on the polysaccharide chain.

Resistant starch moves through the digestive system largely uninterrupted until it meets the hungry gut bacteria in your colon.

These healthy bacteria called probiotics are what is keeping your gut health balanced, fighting off infections, and protecting the cells from invading harmful bacteria.

Sweet potato flour has been used as a low-calorie alternative to wheat flour because it contains high dietary fiber and carbohydrates levels.

In addition, they are an excellent source of vitamin C, thiamine, riboflavin, niacin, and iron.

How Do You Extract Starch From Sweet Potatoes At Home? 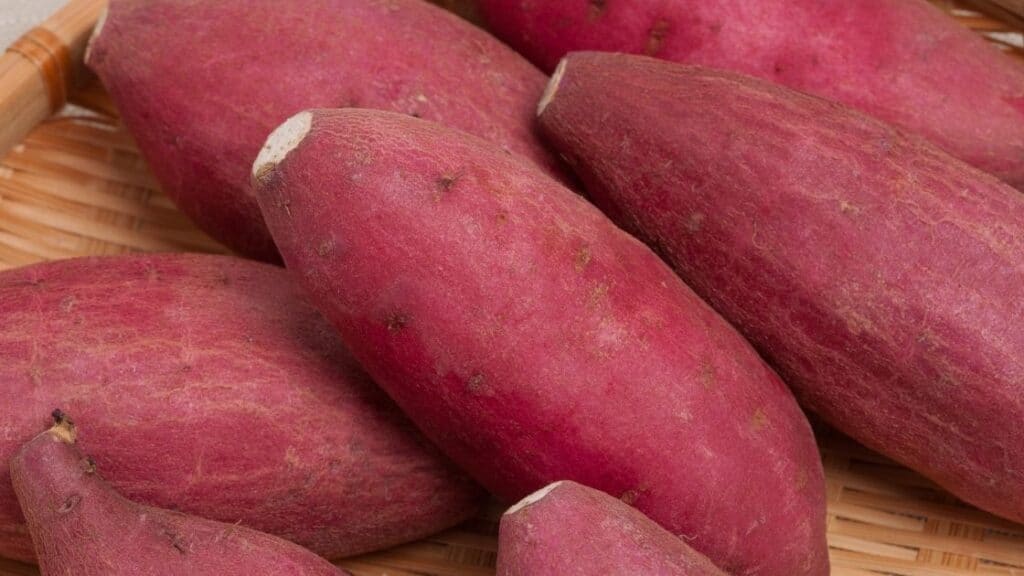 For each sweet potato, you should get approximately ¼ cup of starch.

While sweet potato starch is a healthy, gluten-free alternative to wheat flour, it is also used for commercial purposes.

The health benefits of sweet potato starch are similar to that of dietary fiber, promote healthy bowel movements and ensuring good gut health.