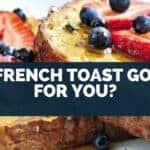 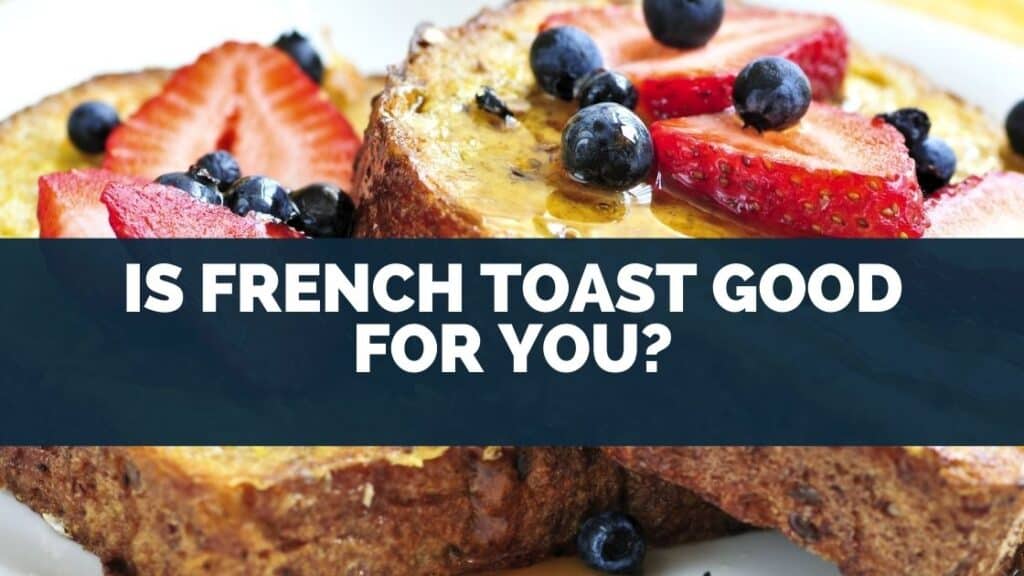 In France, the dish is famous as “pain perdu,” which means “lost bread.”

Surprisingly, in the past, French toast was cooked from stale bread to make use of bread and save it from being thrown away.

French toast, like all other foods, is healthy and good for you as long as you eat an adequate amount of it.

However, French toasts are pretty high in calories and include a lot of saturated fat, which you might want to consider if you are on a calorie-strict diet.

This is because the butter used to brown the French toast is heavy in saturated fat.

All foods, including French toast, are healthful if consumed in moderation.

It can be bad to consume large quantities of French toast while ignoring other aspects of a balanced diet.

To save some calories, try using natural sweeteners like fruit toppings.

French toast is a delicious way to start the day, but it can be high in sugar and calories.

There are several simple ways to make french toast healthier without sacrificing taste.

One way is to use whole wheat bread instead of white bread.

You can also add some fruit to your French toast for an added boost of vitamins and antioxidants.

Sliced bananas, strawberries, or blueberries are all great options.

Finally, top your French toast with a drizzle of natural honey instead of syrup or a dollop of Greek yogurt.

These toppings are lower in sugar and calories but just as delicious.

French toast may not be the healthiest breakfast option, but it sure is delicious.

With a few simple swaps, you can make french toast that’s a little bit healthier and just as tasty, so go ahead and indulge in moderation. 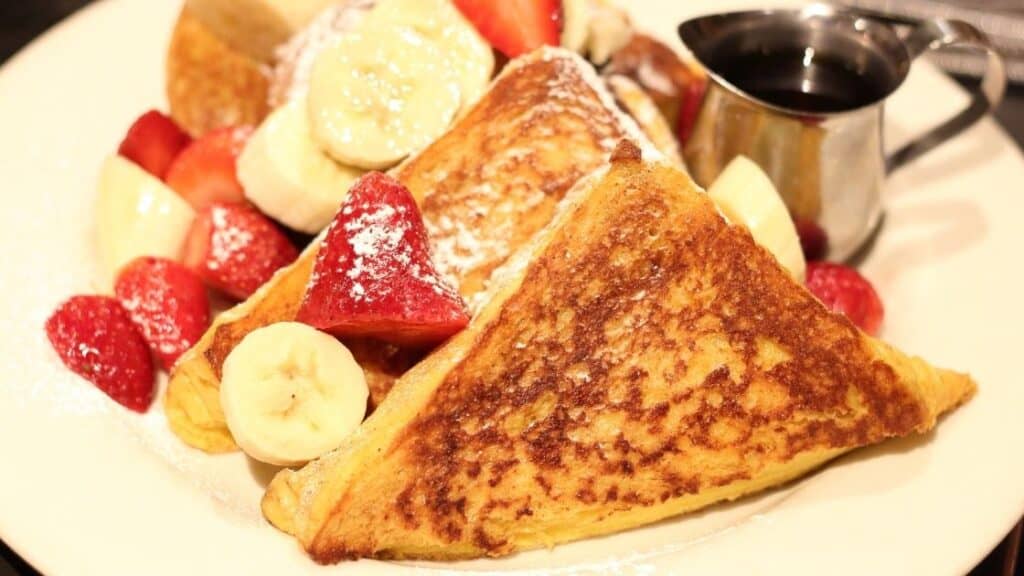 A standard batch of pancakes contains over 500 fewer calories and 20 grams less sugar than a batch of French toast of the same size.

You can make these classic breakfast dishes healthier with a few swaps, like using whole grain flour, healthy fat, and natural sweeteners such as organic honey.

The toppings give the dishes their high sugar and caloric content.

After all, who wants to eat plain pancakes or toast?

While sweet, sugary toppings may make a dish more appealing, they can also lead to a number of problems.

Excess sugar can cause cavities, weight gain, and diabetes.

It can also contribute to inflammation, heart disease, and cancer.

Sugar is also addictive, making it difficult to cut back once you’ve started consuming it regularly.

In addition, sugar is often used to mask the taste of unhealthy ingredients.

For example, many processed foods are loaded with sugar in order to make them more palatable.

As a result, consuming too much sugar can lead to poor overall health.

While it can be difficult to enjoy your favorite dishes without the use of refined sugars, you can always up the nutritional content of the other ingredients with a few swaps.

For example, you can replace wheat flour with other flour options available in the market to boost the nutritional value and dietary fiber content, like barley flour, which has high fiber and a low GI.

You can also replace wheat flour with gluten-free options like tapioca, corn, or rice flour.

Is French Toast Or Waffles Healthier? 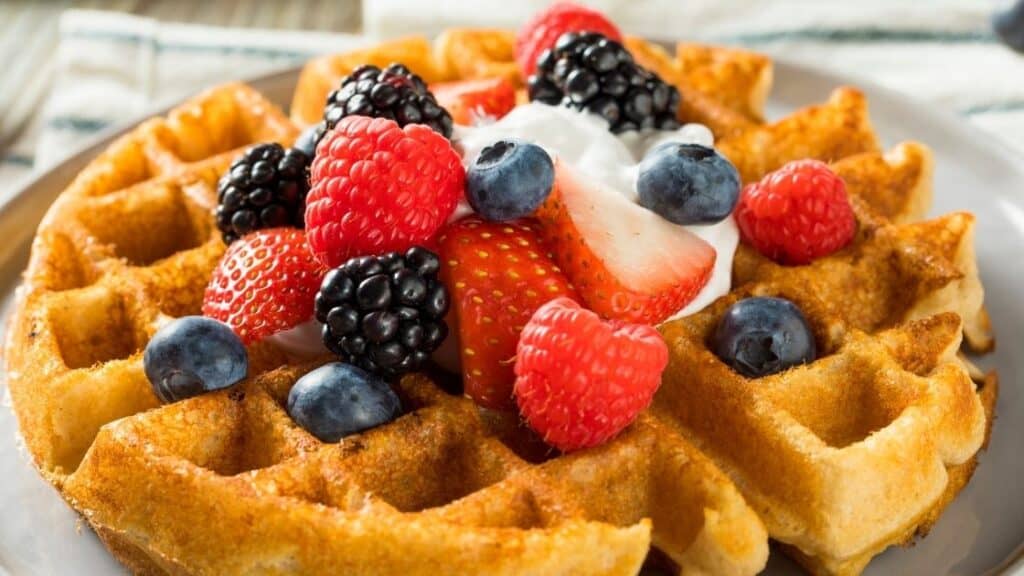 Both are not the healthiest options for food since they are manufactured from grain, a carbohydrate that converts instantly to glucose, making it similar to consuming sugar.

A store-bought waffle contains 340 calories, while a platter will be about 600 calories.

However, a French toast platter typically costs more than 1,000 calories!

In addition, their toppings are frequently laden with sugars and high in calories.

A slice of French toast without any syrup costs about 219 calories and contains 11 grams of total fat, about half of which are saturated fat.

In addition, it contains 129mg of cholesterol, which is a whopping 43% of the daily recommended intake.

In comparison, a waffle contains 218 calories and 11 grams of fat, of which only 2 grams are saturated.

In addition, it contains about 50 grams of cholesterol, which is 17% of the recommended daily intake.

Does French Toast Have A Lot Of Fat? 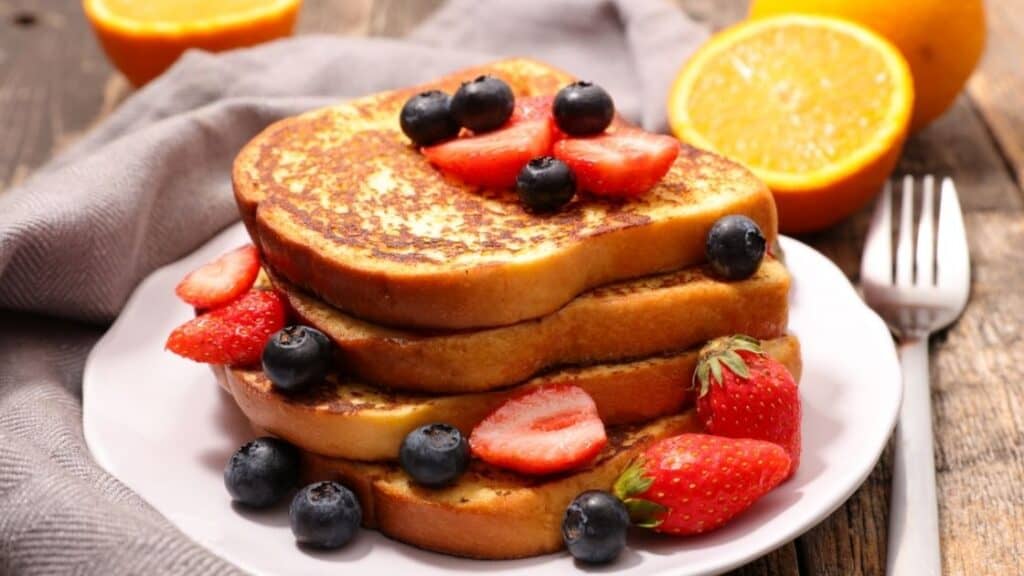 A slice of French toast contains 11 grams of fat, about half of which are saturated fat.

In addition, the toppings on French toast, such as butter, refined sugar, and maple syrup, are also high in fat and calories.

Saturated fat is among the fats that should be avoided frequently.

Excessive consumption of these fats can lead to a buildup in your body, which can contribute to blocked arteries.

This fat comes from the eggs and milk added to the mixture to make the bread moist.

You can try using non-fat milk instead of whole milk to reduce the quantity of saturated fat in your French toast.

You can also try using only egg whites or egg substitutes.

In addition, one tablespoon of butter almost doubles the fat content of French toast.

When it comes to baking, there are few ingredients as essential as butter.

Its rich flavor and creamy texture add depth and complexity to everything from cookies to cakes.

However, butter is high in saturated fat and should be eaten in moderation.

Margarine is a popular choice for baking because it is similar in texture and flavor to the butter.

Another option is shortening, which is made from vegetable oils and doesn’t have water, or milk solids like butter do.

This makes it ideal for recipes that require a higher melting point, such as pies.

Finally, there are various kinds of oils that can be used in place of butter, such as olive oil or coconut oil.

Olive oil has been used for centuries as both a cooking ingredient and a natural remedy.

Today, we know that olive oil is packed with healthy fats and antioxidants, making it a powerful tool for promoting good health.

Studies have shown that olive oil can help to reduce the risk of heart disease and stroke, lower blood pressure, and improve blood sugar control.

Additionally, olive oil has been shown to boost cognitive function and protect against age-related mental decline.

Coconut oil has been shown to help with weight loss, improve cholesterol levels, and reduce the risk of heart disease.

Each oil will impart its own flavor to the recipe, so be sure to choose one that will complement the other ingredients.