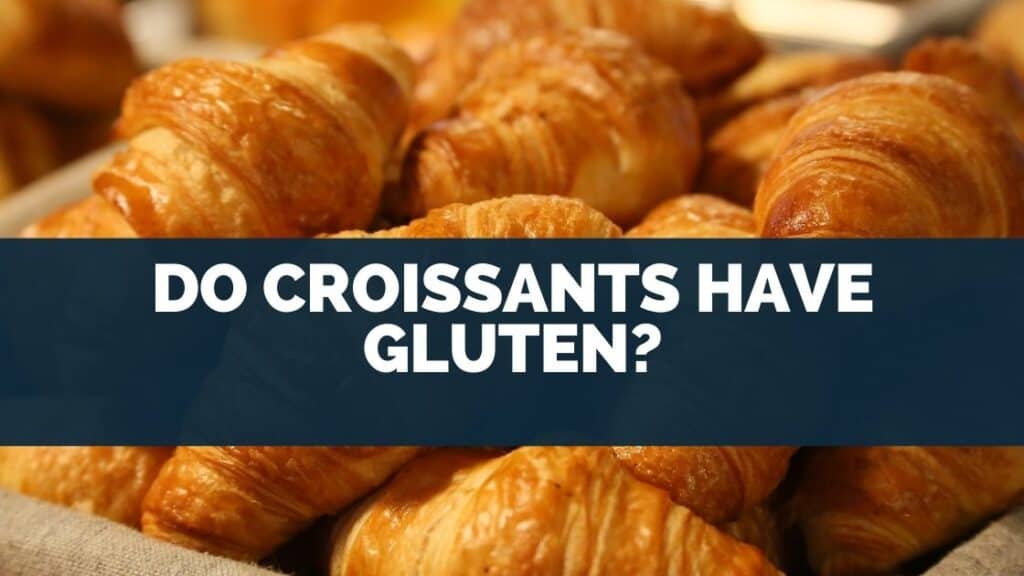 The perennial French delicacy and a staple breakfast menu item in many countries.

Gluten is necessary for the croissant’s structural integrity.

The proper consistency for this well-known French delight depends on the protein that is created when wheat flour and water are combined.

It’s difficult to make a wheat-free version of the flaky, light croissant with the right honeycomb texture in the middle, particularly if addictive’s like xanthan gums are not used.

While gluten-free diets are becoming more popular, many people are still unsure about what gluten is and why they might need to avoid it.

Gluten is a protein found in wheat, barley, and rye.

For people with celiac disease, consuming gluten can damage the lining of the intestines, leading to a host of symptoms, including abdominal pain, diarrhea, and weight loss.

However, even people who don’t have celiac disease can be sensitive to gluten, experiencing bloating, fatigue, and brain fog after eating foods that contain it.

In addition, some research suggests that a gluten-free diet may help to improve conditions like arthritis and autism.

Whether you have celiac disease or are simply sensitive to gluten, avoiding it is the best way to feel your best.

Fortunately, many delicious gluten-free options are available, so you can still enjoy your favorite foods without the negative side effects.

And while it may seem daunting to make gluten-free croissants at home, there are actually a few simple recipes that produce delicious results.

Just be sure to use gluten-free flour to make the dough.

Go to top
Table Of Contents show
1 What Are The Worst Foods For Gluten?
2 Do All Pastries Have Gluten?
3 What Foods Do You Avoid On A Gluten-Free Diet?

What Are The Worst Foods For Gluten? 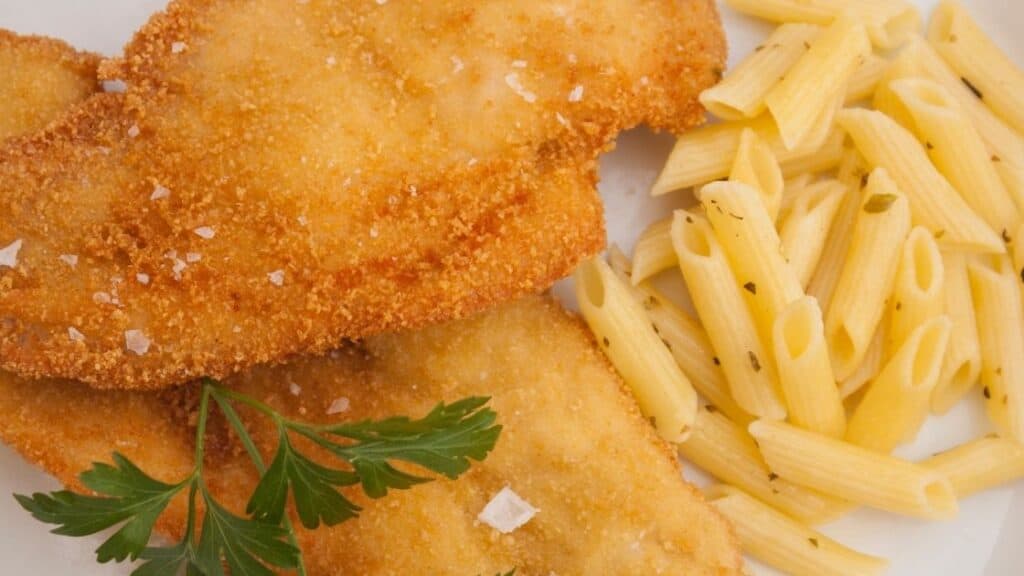 Gluten is a protein that is present in many common foods like pasta, bread, and dough.

Due to some health problem or personal preference, several people try to avoid gluten, a glycoprotein found in grains.

Like many people, you may wonder why gluten has become such a buzzword in recent years.

After all, gluten is a protein found in wheat, barley, and rye – staples of the Western diet for centuries.

It turns out that gluten can cause serious health problems for certain people.

People with celiac disease are unable to digest gluten, and even small amounts can damage the lining of their intestines.

This can lead to nutrient malabsorption and a host of other problems.

For people with non-celiac gluten sensitivity, gluten can cause abdominal pain, bloating, diarrhea, and fatigue.

In short, there’s no reason to put yourself through the discomfort of eating gluten if you don’t have to.

A gluten-free diet is used to treat wheat allergy, non-celiac gluten sensitivity (NCGS), and celiac disease, which all entail an unfavorable reaction to gluten.

These issues are categorized as gluten intolerances.

While NCGS and celiac disease both have the potential to damage the intestines and lead to symptoms like gas, bloating, and diarrhea, celiac is indeed an autoimmune disorder associated with other grave health consequences like anemia and stunted growth.

The term “wheat allergy” describes an allergic response to wheat proteins, which can have potentially fatal side effects.

Not technically gluten-free, but a wheat-free diet is used to treat this condition.

If you are gluten intolerant, avoid eating the following items.

Grains that contain gluten include:

Wraps, bread, and crackers that are not labeled gluten-free.

Read your labels carefully if you’re sensitive to gluten.

Avoid them if you have gluten intolerance:

Although it may seem unusual, several common condiments contain gluten.

Most baked items are produced with wheat flour or other grains that contain gluten.

As a result, those who are sensitive to gluten should generally avoid these foods:

Pasta is a common dish loved by millions worldwide.

Although there are gluten-free options, the majority of conventional pasta is made from cereals that contain gluten:

Snack foods frequently include gluten. Snacks with gluten include:

There are now plenty of delicious and healthy alternatives to foods containing gluten.

So if you think you might be sensitive to gluten, don’t despair – there’s a whole world of great food out there waiting for you to enjoy it!

Do All Pastries Have Gluten? 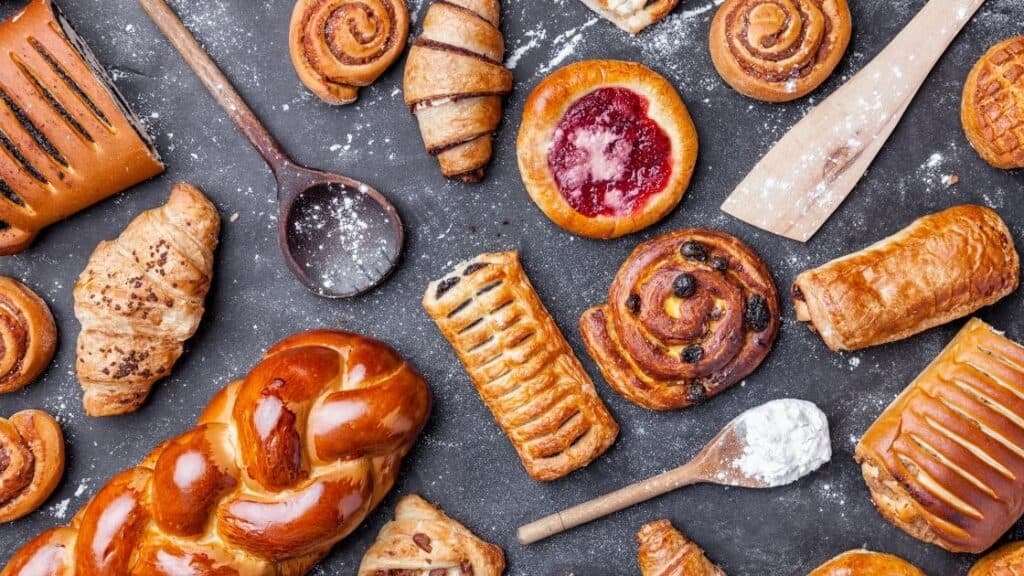 Gluten offers food products strength, flexibility, and the capacity to hold together.

In most diets, morning cereals, pasta, bread, wheat, cakes, biscuits, and pastry are the most prominent sources of gluten.

Making gluten-free pastries is not as hard as you might think.

With a few simple ingredients and a little bit of know-how, you can create delicious and nutritious gluten-free pies, tarts, pastries, and more.

The key to success is to choose the right flour.

There are many different types of gluten-free flour available on the market, but not all of them are created equal.

In addition, be sure to add plenty of fat to the dough in order to achieve the desired texture.

Once you have the dough prepared, roll it out on a lightly floured surface and then use a cutter to create the desired shape.

For best results, bake the pastry in a preheated oven until it is golden brown and crisp.

With a little practice, you will be able to create delicious gluten-free pastries that are perfect for any occasion.

What Foods Do You Avoid On A Gluten-Free Diet?

A growing number of people are choosing to avoid gluten.

While following a gluten-free meal can be rewarding and healthful, it does involve some preparation and labor.

Those following a gluten-free diet should avoid most grains, pasta, bread, and some condiments and beverages.

On a gluten-free diet, grains are the foods to stay away from the most.

Although not all grains have gluten, many do.

The most popular grains containing gluten are those used to make pasta, muffins, cookies, cakes, and bagels.

Gluten is concealed in you haven’t considered a lot of goods that contain grains.

Grains and gluten are frequently found in foods like biscuits, croutons, noodles, and tortillas, which can cause unpleasant reactions.

Grains that contain gluten include:

Undoubtedly, the majority of these goods taste good.

Nevertheless, it’s still crucial to study the nutritional info and determine what the products are made of.

Even though they might not include any gluten, they might still contain other processed components and sugars, leaving them not much healthier than their gluten-containing counterparts.

In addition, gluten is present in a lot of salad dressings and sauces.

Gluten can be incredibly detrimental to those who have gluten intolerant, even in trace amounts.

Some condiments that can contain gluten include: