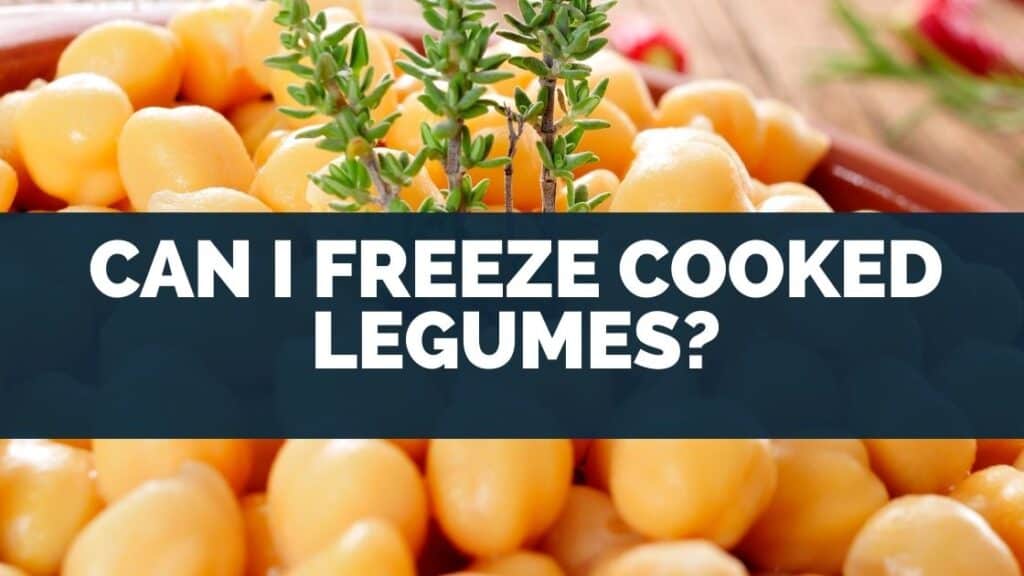 Cooking a batch of legumes and freezing some of them for later use is preferable to not eating them at all. This also avoids food waste as is better environmentally.

Legumes take a while to cook, and making a big batch and freezing them in meal-sized portions is a great way to save time and energy.

Canned beans, although convenient, are going to be more expensive than preparing your own.

In comparison, a pound of dried beans costs about $2 and will yield 5 to 7 cups of cooked beans.

That brings it roughly to $0.25 per cup, more than half the price of canned beans.  In addition, canned beans usually have high sodium levels.

There is about 400 mg to 500 mg of sodium in every ½ cup. Since the recommended daily sodium intake is 2,300mg, that makes a ½ cup of beans already responsible for 20% of the daily limit.

To make matters worse, some cans are not BPA-free. BPA (or Bisphenol A), is a compound used in some plastics.

It has been linked to affecting the brain and prostate of infants and children.  It also has been suggested to increase blood pressure, risk of type-2 diabetes, and cardiovascular disease. Yikes.

Cooking your own beans just tastes better.  You have complete control over the seasoning, sodium levels, and any other flavor you might want to add.

Some popular flavors include maple syrup, garlic, onions, and herbs. Cooking a big batch of beans will not only save you time in the future but is also more energy-efficient.

Rinse And Inspect – First, rinse the beans in a sieve or colander, picking out any debris or foreign objects. Pre-Soaking – Soaking them overnight will remove lectins and cut the cooking time by about half.

In addition, soaking removes the sugars called oligosaccharides, known as the leading cause of flatulence.

You can soak the beans for an hour or overnight, depending on your schedule and lifestyle.  After soaking, change out the water using a sieve or colander.

Bonus Tip: Black-eyed peas, lentils, and some of the smaller legumes don’t have to be pre-soaked, as small legumes cook faster.

All Salt or Seasonings – Before boiling your beans, you can season them with your choices of condiments.

Herbs like sage, rosemary, thyme, and parsley are popular choices for seasoning, in addition to garlic and onions.

Legumes can take pretty long to cook, depending on the type.  Some beans take up to an hour to cook thoroughly.

For example, navy beans cook much faster than kidney beans.  Just do a taste test every 10 minutes or so until you get the desired tenderness.

A note of caution: Beans and other legumes need to be cooked to move lectins.

Lectins are a compound that might cause gastrointestinal upset, so make sure that the beans are exposed to high heat and not undercooked.

Portion Out – Once cooked, you can portion the beans into various portion sizes and stick them in a freezer.

It is recommended to refrigerate or freeze beans less than two hours after cooking.

Remember that beans can last three to five days in the refrigerator, so you can plan a larger portion size if you use beans regularly.

The USDA recommends ½ a cup of legumes three times a week or more.

Bonus Tip: Use a marker to mark storage bags or containers with the batch date to keep track of the inventory.

Go to top
Table Of Contents show
1 How Long Will Cooked Beans Last In The Freezer?
2 Do Cooked Beans Go Bad?
3 Can You Eat Cooked Beans Left Out Overnight?
4 Do Cooked Black Beans Need To Be Refrigerated?
4.1 8 Fun Facts About Beans
5 Conclusion

How Long Will Cooked Beans Last In The Freezer? 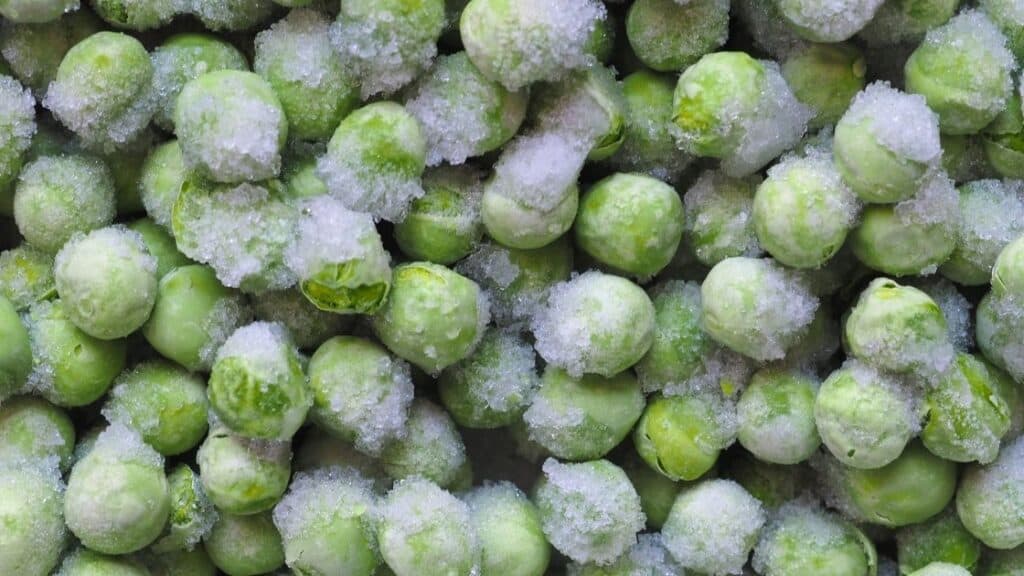 Beans and other legumes can last 6 to 12 months frozen.

It will vary according to the type of bean. In comparison, refrigerated beans last about three to five days.

Maximize the duration of time of keeping them frozen by airtight containers or freezer bags.

Thaw them out slowly in the refrigerator or add them to your dish at the end to help them keep their shape. 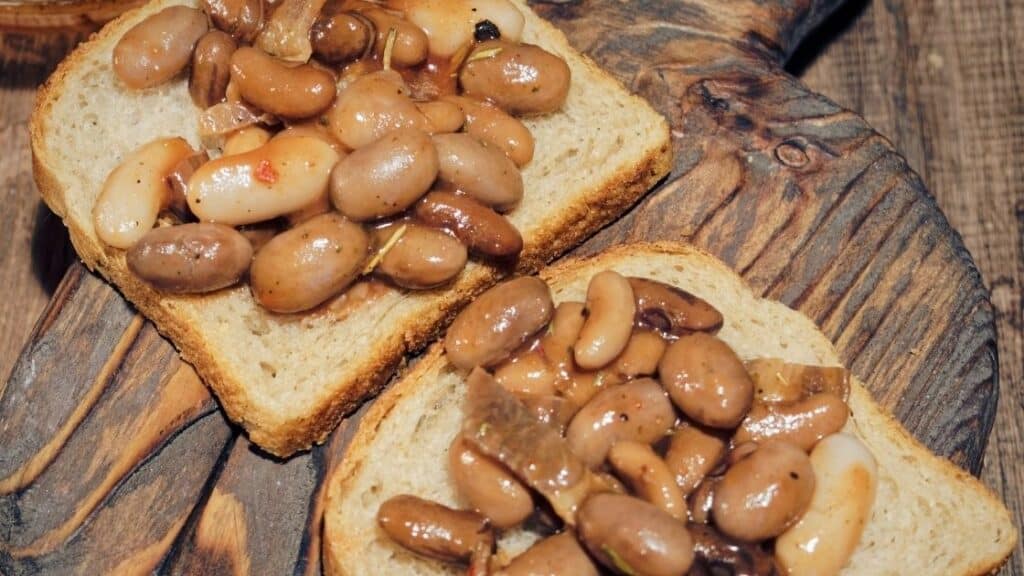 Yes, they do. The USDA recommends not eating beans that are left out for two hours or more.

In hot climates above 90°F, the duration goes down to one hour.

Temperatures between 40°F and 140°F make bacteria happy.  It is frequently referred to as the “Danger Zone”, a breeding ground for multiplying bacteria.

Staphylococcus aureus (also known as staph) is a common bacteria that we can carry.

If it gets into our food, it creates a heat-resistant toxin that reheating doesn’t destroy.

An infection will cause vomiting, nausea, diarrhea, and abdominal cramps.

Clostridium perfringens is another type of bacteria resistant to heat.

Consuming this bacteria can lead to diarrhea, gastroenteritis, and other severe reactions.

You can visually inspect the beans to check whether they are off or smell them.

Spoiled beans have a white liquid around them and a sour smell.

Can You Eat Cooked Beans Left Out Overnight? 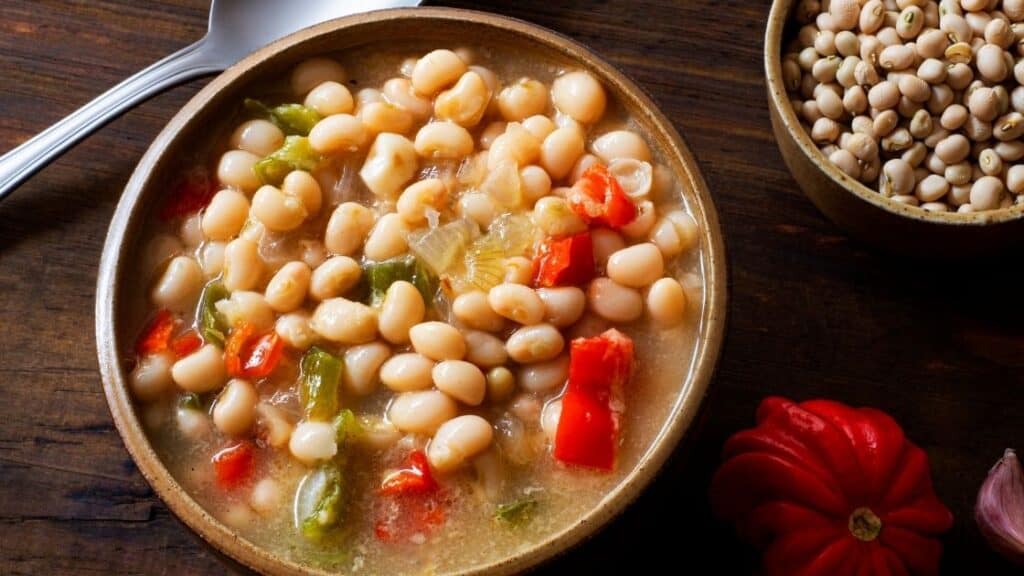 That is a resounding “no”! According to the USDA, food left out for more than two hours should be discarded.

In temperatures over 90°F, you should discard food left out for more than one hour.

A temperature between 40°F and 140°F is referred to as the “Danger Zone”, a hotbed for breeding bacteria.

Bacteria can double in as little as 20 minutes.

Refrigeration slows the growth of bacteria; however, some bacteria like Listeria monocytogenes like cold temperatures and can survive in refrigerated food, eventually finding their way into your stomach and making you sick.

The temperature in refrigerators should be kept at 40°F. Some fridges have built-in thermostats to measure and control the interior temperature.

For fridges without one, an appliance thermometer can be used for monitoring.  This is especially important in areas with frequent power outages.

Do Cooked Black Beans Need To Be Refrigerated? 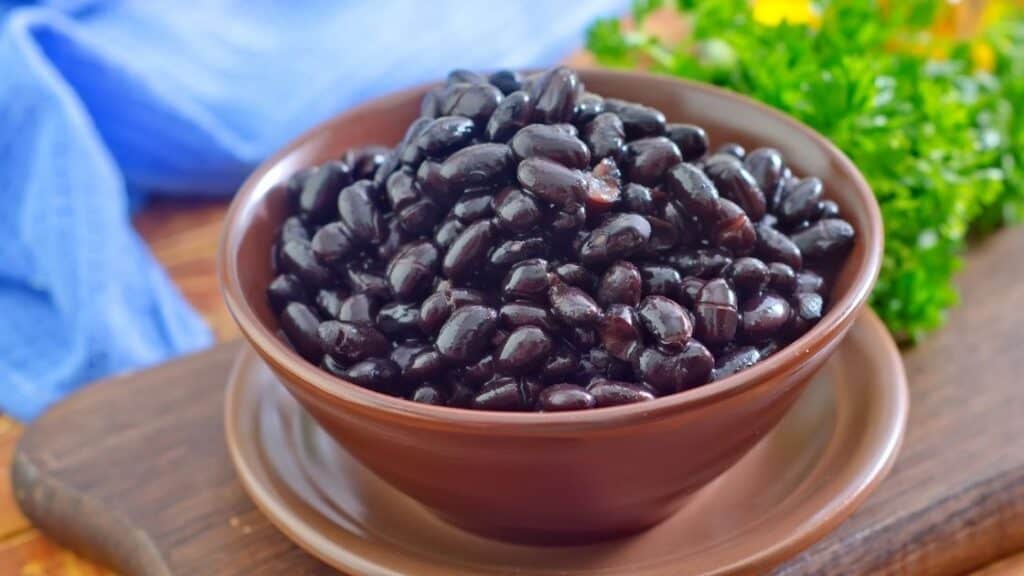 It is recommended to store beans and other legumes in a refrigerator or freezer less than two hours after cooking.

Black beans left out for more than two hours need to be discarded.

If the temperature is above 90°F, discard them if left out for more than one hour.

Beans can last about three to five days in a refrigerator.

You can increase the shelf life by packing them well in airtight containers or pushing all excess air out before storing them in freezer-safe bags.

To store them, let them cool after cooking, then portion them out into bags or containers.

Store them at a maximum of two hours after cooking, ideally one hour to preserve quality and safety.

Bacteria can multiply and double every 20 minutes. Black beans can be stored in a refrigerator for about 3 to 4 days.

If you use canned beans, the USDA recommends transferring the beans to glass or BPA-free plastic containers.

Cans frequently have a BPA coating, and this could seep into your food over time. BPA (Bisphenol A), is a compound used in many plastics and containers and has been linked to affecting the brain and prostate of infants and children.

It also has been shown to increase blood pressure, cardiovascular disease, and risk of type-2 diabetes.

We hope that these storing tricks help you in your bean preparation.

Keeping a handy supply of beans that you can easily toss into salads and stews will keep you happy and healthy for years to come.

We wish you the best of health, and keep on enjoying those beans!