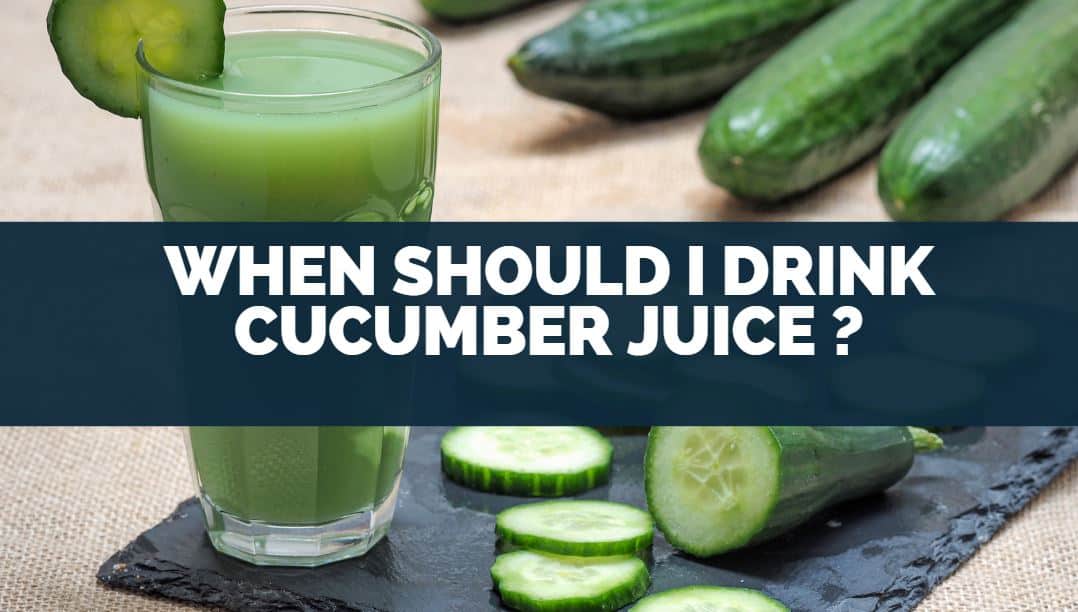 Cucumbers are a significant source of Vitamin C and are consumed in many different ways, not just for food but to improve your health too.

And drinking cucumber juice is just one way you can use this vegetable for maximum nutritional benefit.

But, when should you drink cucumber juice for maximum effect?

It’s actually up for debate among nutritionists.

Still, some claim that drinking cucumber juice in the morning allows your body to make the most of it since it may have depleted its vitamin c stores overnight.

Counter-arguments say that drinking it in the afternoon, when your stomach is empty and before your next meal, would allow better absorption into our system.

So as there’s no consensus or proven studies then it’s really a personal choice based on your lifestyle, diet, or daily routine.

But let me share more on that later in the article.

Go to top
Table Of Contents hide
1 Cucumber Health Benefits
2 Getting rid of toxins with cucumbers
3 Is Cucumber Good For Iron Deficiency?
4 Conclusion 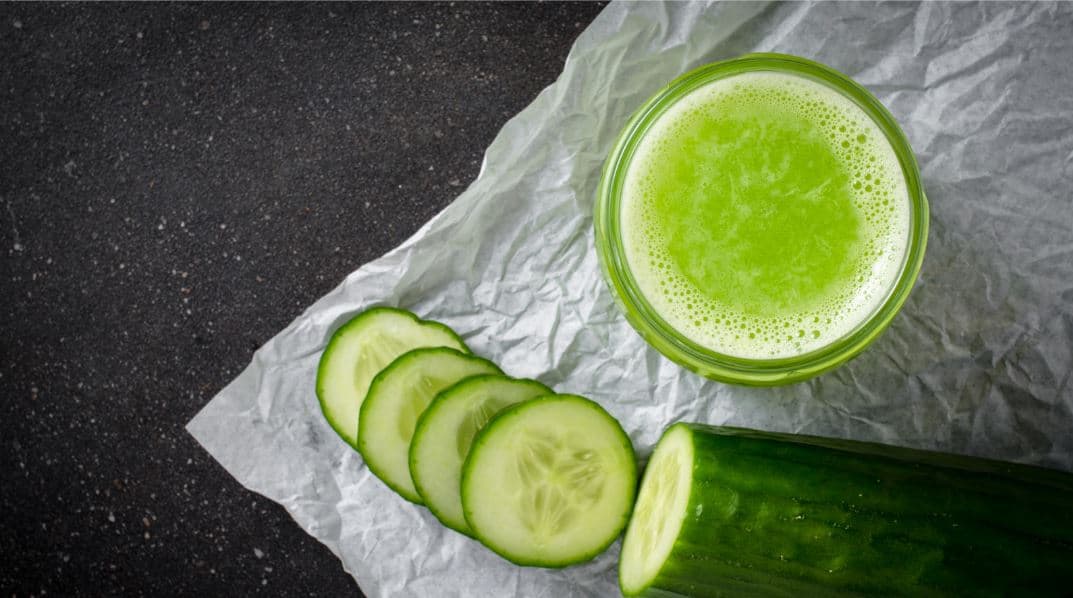 Cucumbers are a vegetable that is mainly eaten raw or pickled but sometimes cooked.

They are used as a natural remedy for many health ailments, including stomach problems.

Cucumbers have high levels of vitamin C, which is everyone knows to give you more energy.

Cucumbers might taste pretty bland, which is why many people like to put them in sauces or salads.

It gives that lovely freshness and crunch without any overpowering flavors.

I enjoy juicing cucumbers daily for breakfast, as it helps me maintain healthier choices throughout the day and provides an extra boost of nutrients, hydration, and focus from all those glasses of veggie H2O!

Rather than full-on juicing, you can create simple cucumber water by adding a few cucumber slices to a large glass or carafe.

This is very refreshing for my palate and provides some hydration, which is excellent for overall wellbeing!

Getting rid of toxins with cucumbers 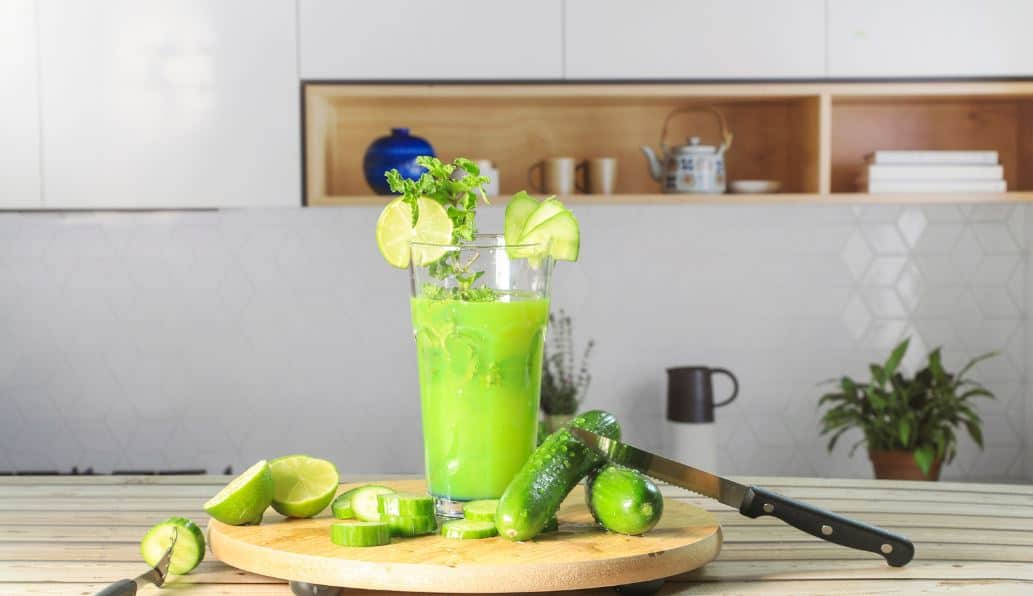 Cucumbers are primarily made up of water and might be the perfect way of getting rid of toxins in your body.

There are many options, but one of my favorites is to eat them raw or juice them.

When I juice cucumbers, I typically drink them right away to get the most benefit from them. For me, it tastes best on an empty stomach so I usually drink it before eating breakfast.

Is Cucumber Good For Iron Deficiency? 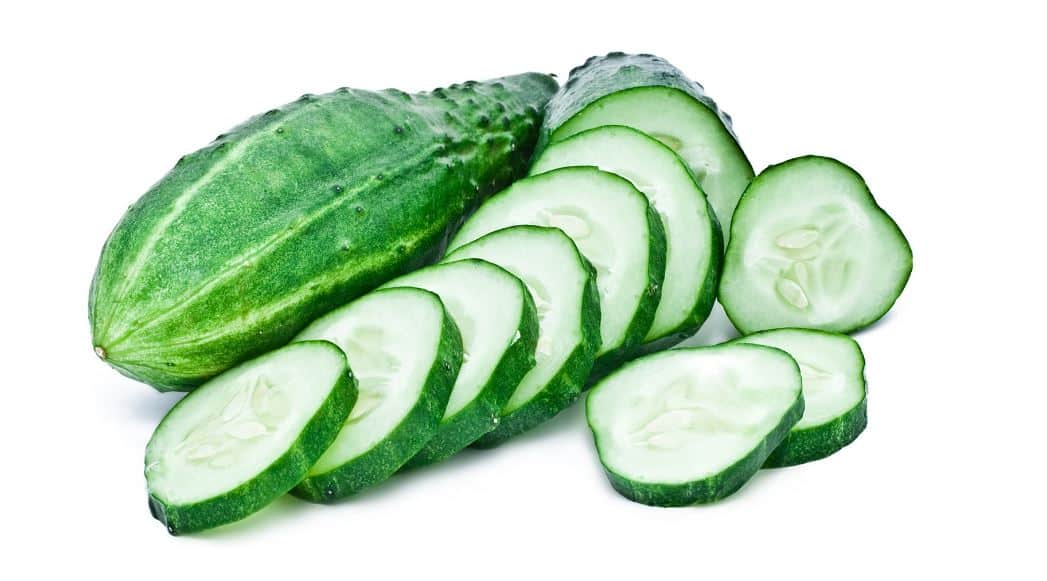 The level of iron that you get from eating one cup of cooked peeled and sliced cucumbers is 1.7mg. This is 19% of the daily value of iron.

The majority of the iron in cucumbers is found in its leaves rather than in its skin or seeds, so if you can get some leaves or sprouts these are great for adding to salads.

The concentration of iron is higher if you eat them raw because it doesn’t require cooking to help release the nutrients.

Cucumbers are an excellent way to flush toxins from your body, but there is no consensus on when you should drink them.

Some nutritionists think that the best time to drink cucumber juice is in the morning because by then, your body has depleted its stores of vitamin C throughout whereas others claim that drinking it in the afternoon would allow for better absorption into our system but this is all anecdotal and really down to personal preferences.

So if you’re looking for a great refreshing beverage with a twist, or an easy way to detoxify before bedtime, adding some fresh cucumbers could be just what you need!