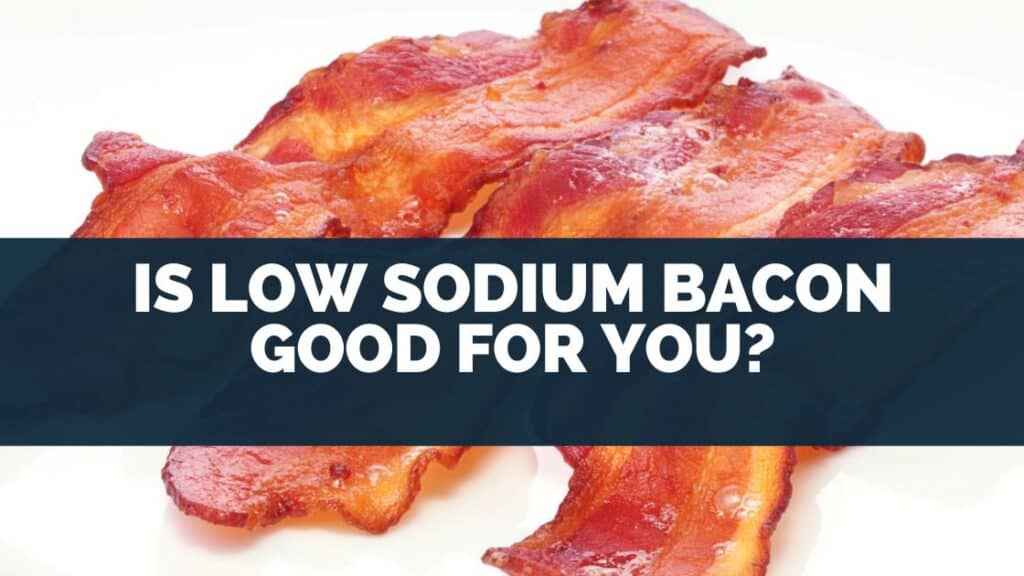 Bacon is a breakfast favorite and interesting addition to any dish.

However, bacon is notorious for its high fat and sodium content, so manufacturers have started introducing bacon with reduced sodium.

However, is low-sodium bacon good for you, and if not, what is?

Low sodium may have reduced sodium levels, but it is still high in saturated fat.

While it is healthier than regular sodium, low-sodium bacon is still far from a healthy protein source.

Regarding saturated fat, it’s important to remember that not all fats are created equal.

One of the biggest risks associated with saturated fat is heart disease.

This is because saturated fat raises LDL cholesterol levels in the blood, leading to an increased risk of heart attack and stroke.

Saturated fat is also associated with an increased risk of type 2 diabetes, as it can cause insulin resistance.

So, while a little bit of saturated fat is unlikely to cause any harm, limiting your bacon intake is important to reduce your risk of developing these serious health conditions.

Go to top
Table Of Contents show
1 What Kind Of Bacon Is Healthy?
2 Which Bacon Has The Lowest Sodium Content?
3 Is Bacon The Healthiest Meat?

What Kind Of Bacon Is Healthy? 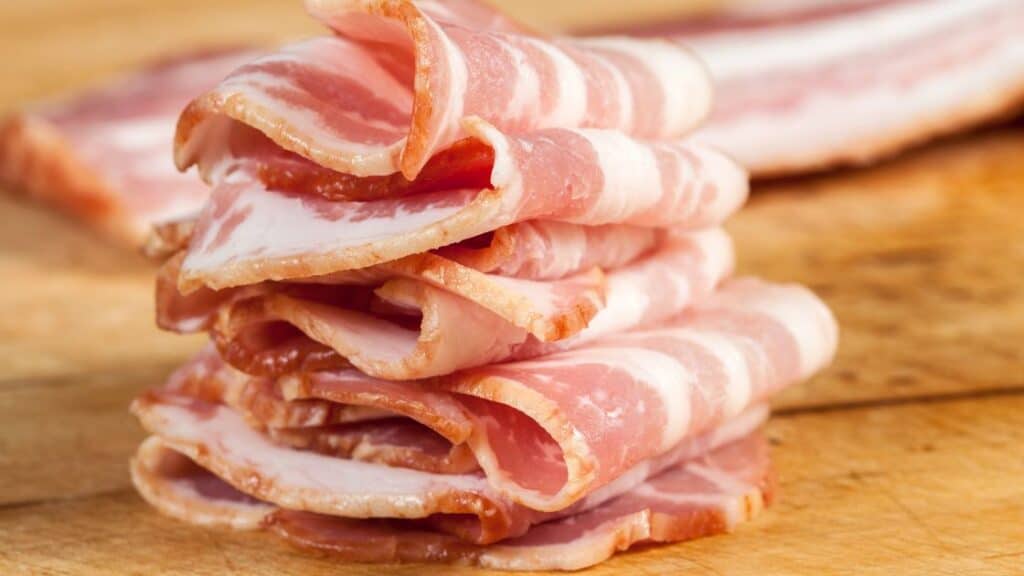 With high levels of saturated fat, bacon is a relatively unhealthy food.

The healthiest type of bacon is nitrate-free turkey bacon which is leaner, has less sodium, and has more protein.

There is also low sodium for bacon for those watching their salt intake.

Dietary guidelines limit healthy adults to a maximum of 2,300 mg a day, which is roughly one teaspoon of salt.

Sodium is an essential mineral for human health, but too much sodium can lead to various health problems.

Excessive sodium intake can increase blood pressure, which can strain the heart and lead to cardiovascular disease.

Sodium can also cause fluid retention, leading to swelling and bloating.

In extreme cases, too much sodium can even cause coma or death.

The average American diet contains about 3,400 milligrams of sodium daily, almost 50% more than the recommended amount.

Reduce your sodium intake by avoiding processed foods and adding more fresh fruits and vegetables to your diet.

Making small changes in your diet can greatly impact your health! 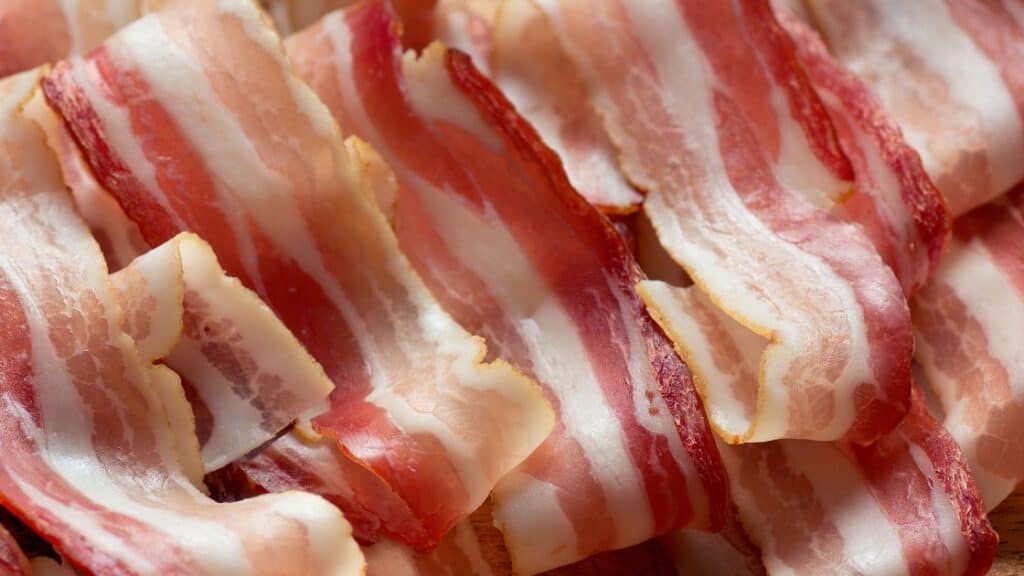 Brands like Sugardale, Smithfield, and Butterball all offer low-sodium bacon.

However, it is important to remember that bacon is also high in saturated fat.

You may have heard that saturated fat is bad for your health, but you may not know why.

Saturated fat is fat found in animal products such as meat and dairy. It is also found in coconut and palm oil.

When you eat saturated fat, it raises your LDL cholesterol levels.

LDL stands for low-density lipoprotein, the “bad” cholesterol that can build up in your arteries and increase your risk for heart disease.

In addition to raising your LDL cholesterol levels, saturated fat can increase your triglyceride levels.

Triglycerides are a type of fat found in your blood.

So, if you want to improve your cardiovascular health, you should limit your saturated fat intake.

Is Bacon The Healthiest Meat?

It may be delicious but bacon is high in sodium and saturated fat, making it one of the unhealthiest meat sources.

Turkey and chicken are far lower than red meat in saturated fat, and lean pork and beef are also excellent meat-based protein sources.

Bacon often contains high levels of sodium because of the curing process.

Excessive sodium intake can lead to high blood pressure, which is a major risk factor for heart disease and stroke.

Sodium can also cause fluid retention, leading to swelling in the ankles, legs, and feet.

This can be especially dangerous for people with heart or kidney problems.

Too much sodium can also contribute to osteoporosis because it causes the body to excrete calcium through urine.

This can lead to weak and brittle bones over time.

Too much-saturated fat can lead to health problems like heart disease and obesity.

Unsaturated fats, on the other hand, are considered to be “good” fats.

They help to lower cholesterol levels and promote heart health.

Additionally, unsaturated fats are a good source of energy for the body.