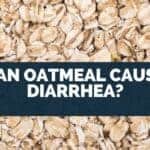 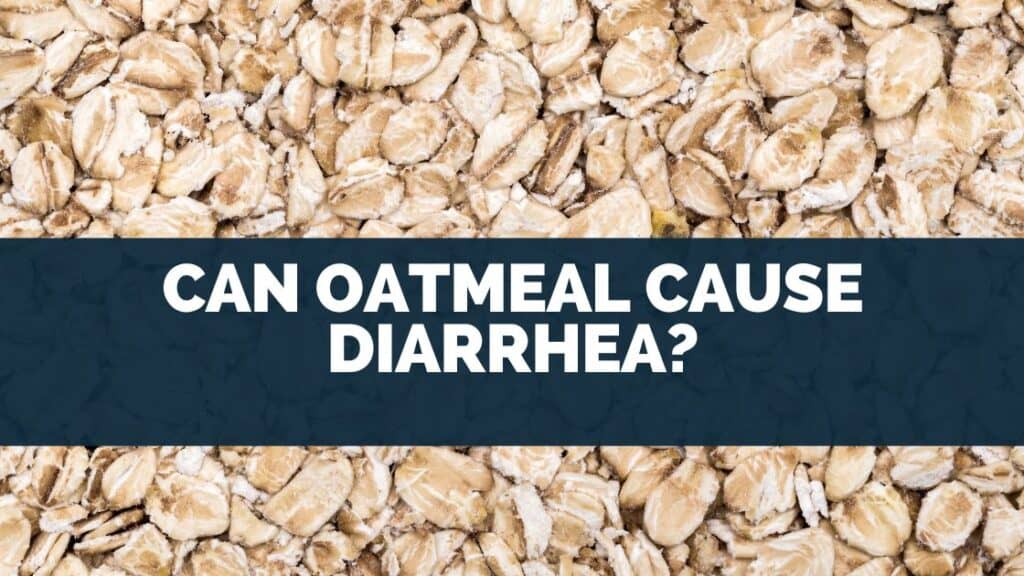 Oatmeal has long been touted as healthy food, and for a good reason.

It is a whole grain that is packed with fiber, vitamins, and minerals.

Oatmeal is also a low-glycemic food, which means it does not cause a sudden spike in blood sugar levels.

For these reasons, oatmeal has many health benefits, including supporting cardiovascular health and improving digestion.

There is no solid evidence that oatmeal causes diarrhea.

On the contrary, oatmeal is a soluble fiber, which can help bulk up stools and make them less watery.

In fact, oatmeal is often recommended as a natural remedy for diarrhea.

The soluble fiber in oatmeal helps to absorb water and add bulk to stool, making it less likely to trigger diarrhea.

In addition, the probiotics in oatmeal can help to restore balance to the gut microbiota, which can be beneficial for those suffering from diarrhea.

Thus, while there are many myths about oatmeal, the fact is that oatmeal can be a helpful food for those suffering from diarrhea.

In addition, oatmeal is a nutritious food that has many health benefits.

There are several causes of death that are linked to heart disease around the world.

The risk of cardiovascular disease remains high for those with high blood cholesterol.

Oats contain beta-glucan fiber, which has been shown in many studies to help reduce total and LDL cholesterol levels.

There is evidence that beta-glucan may decrease circulating levels of cholesterol in the blood by increasing the excretion of cholesterol-rich bile.

When LDL reacts with free radicals, it undergoes oxidation, another step in the progression of heart disease.

There is an increase in the risk of heart attacks and strokes due to inflammation of the arteries and damaged tissues.

Studies have shown that antioxidants in oats prevent LDL oxidation by working in conjunction with vitamin C.

The blood sugar levels in people with type 2 diabetes are typically significantly elevated.

Insulin sensitivity is usually responsible for the development of this condition.

People with type 2 diabetes or overweight often benefit from oatmeal because it lowers their blood sugar levels.

It is also possible that they may improve insulin sensitivity.

There is a strong correlation between these effects and beta-ability glucans, which form a thick gel that delays emptying the stomach and glucose absorption.

There is a wonderful balance of nutrients in oats.

A high level of carbohydrates and fiber is found in oats, including beta-glucan, a powerful fiber.

Many other grains lack the protein and fat that these grains don’t.

The antioxidant compounds in oats and the vitamins and minerals make them stand out as healthy food.

Oats are thus one of the best food sources of nutrients.

The beta-glucan content of oatmeal is high, which is a type of soluble fiber.

A thick, gel-like solution of beta-glucan forms in the gut when beta-glucan dissolves in water.

The polyphenols and antioxidants found in whole oats are beneficial to plant compounds that are packed with health benefits.

Oats contain the highest concentration of antioxidants, known as avenanthramides.

Blood flow is increased as a result of this gas molecule dilation.

As well as having anti-inflammatory properties, avenanthramides also act as anti-itching agents.

A high concentration of ferulic acid, another type of antioxidant, can also be found in oats.

There is nothing better than eating oatmeal in the morning for breakfast because it is delicious and very filling.

You may lose weight and eat fewer calories when you consume filling foods.

PYY, a hormone produced by the gut following food consumption, may also be stimulated by beta-glucan.

There is evidence that this satiety hormone may reduce your risk of obesity and lower your calorie intake.

It makes stools easier to pass because it increases their weight and water content.

Compared to fruit and vegetable fiber, cereal fiber, such as that found in oats, is thought to be more effective.

Beta-glucan oat fiber breaks down and ferments, increasing the diversity of gut microorganisms.

It can benefit from digestive issues, such as diarrhea, constipation, and IBS.

Go to top
Table Of Contents hide
1 Does Oatmeal Make Diarrhea Worse?
2 Is Oatmeal OK With Diarrhea?
3 Do Oatmeal Cause Bowel Movements? 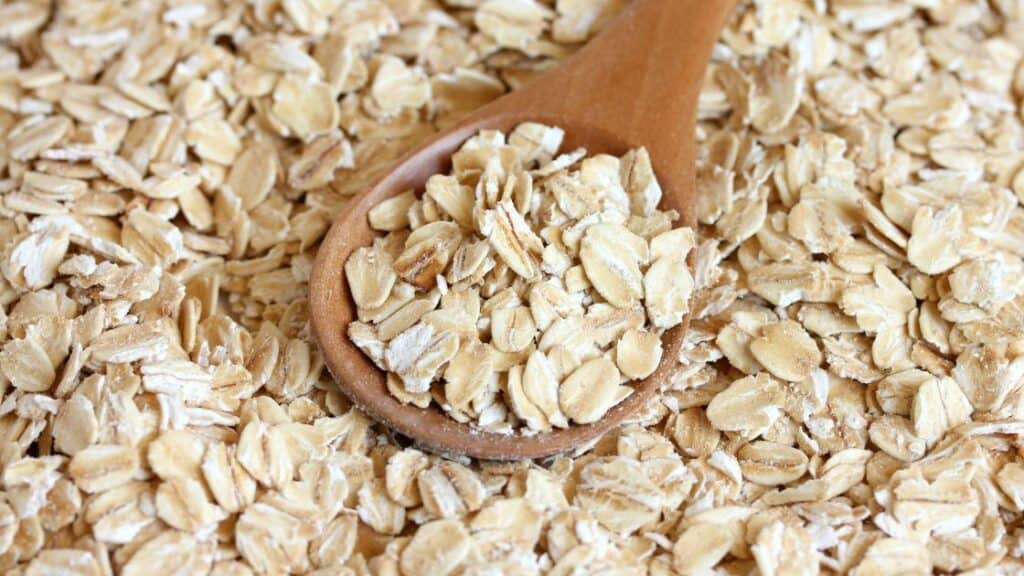 However, some experts believe that oatmeal can actually help to ease diarrhea symptoms.

This is because the soluble fiber in oatmeal helps to absorb water and add bulk to stool, making it softer and easier to pass.

In addition, oatmeal also contains a high amount of calcium, which can help replace electrolytes lost during bouts of diarrhea.

While there is no guarantee that oatmeal will help everyone with diarrhea, it may be worth a try for those looking for a natural remedy.

Is Oatmeal OK With Diarrhea? 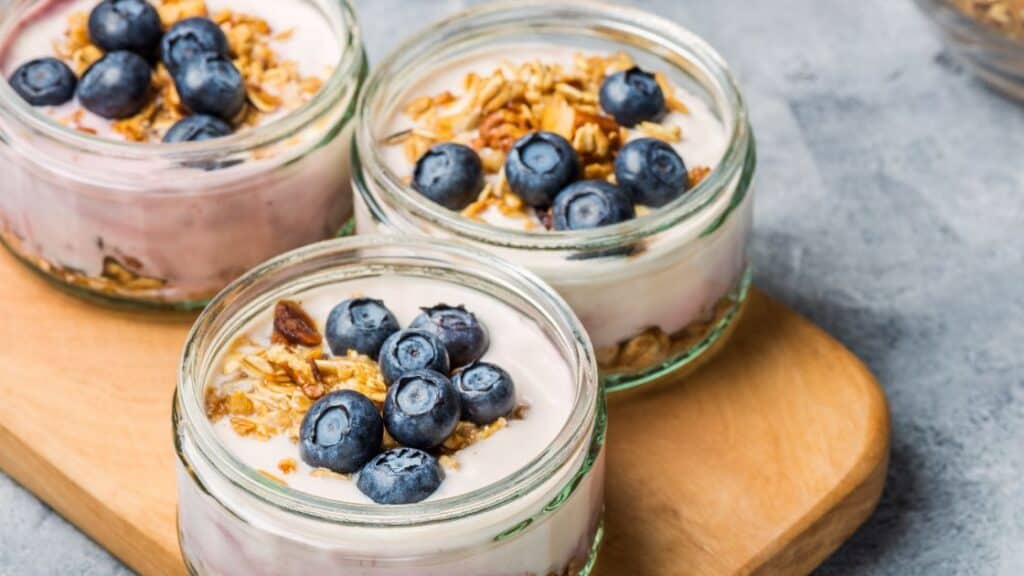 When you have diarrhea, your body tries to rid itself of something irritating.

For this reason, it is important to avoid foods that are high in fiber as they can further irritate the digestive system.

However, oatmeal is a low-insoluble fiber food that can actually help to soothe the digestive tract and provide some much-needed relief.

Oatmeal is also a good source of electrolytes, which can help replace any lost due to dehydration.

In addition, oatmeal contains soluble fiber, which helps to absorb water and add bulk to stool.

For these reasons, oatmeal can be a helpful part of the diet when suffering from diarrhea.

For example, eating bland foods like rice, bananas, and toast can help to soothe the stomach and slow down bowel movements.

Additionally, staying hydrated is crucial when dealing with diarrhea.

Finally, probiotics are live bacteria that are found in some yogurts and fermented foods.

Probiotics are live microorganisms that are similar to the beneficial bacteria that already live in your digestive tract.

When you eat foods containing probiotics or take a probiotic supplement, these live microorganisms colonize your gut, where they may offer health benefits.

Probiotics are often called “good” or “helpful” bacteria because they compete with harmful bacteria for space and food in your gut.

In this way, they help to keep your gut flora balanced and support a healthy immune system.

Additionally, probiotics produce enzymes that can help break down food and promote digestion.

Some research even suggests that certain probiotics may help relieve symptoms of irritable bowel syndrome and other digestive disorders.

Do Oatmeal Cause Bowel Movements? 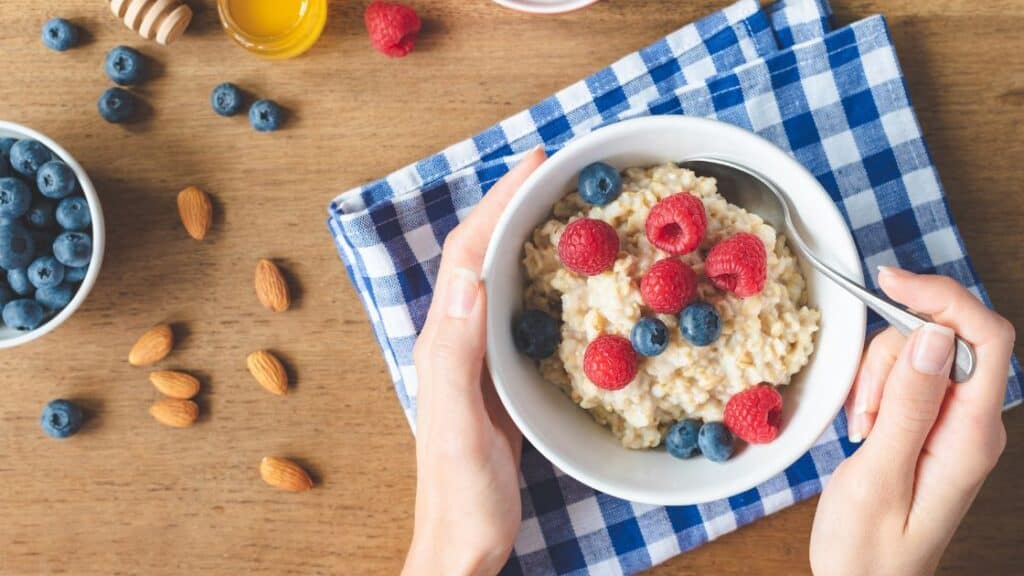 Oatmeal is a popular breakfast food, but it also has a reputation for causing bowel movements.

First of all, oatmeal is a high-fiber food.

Fiber helps to regulate digestion and can promote regularity.

In addition, oatmeal contains a type of soluble fiber known as beta-glucan.

This substance has been shown to encourage the growth of healthy bacteria in the gut, which can lead to softer stools and less constipation.

For these reasons, it is not surprising that oatmeal may cause bowel movements.

However, everyone’s digestive system is different, so oatmeal may not have the same effect on everyone.

If you are concerned about how oatmeal will affect your digestion, talk to your doctor or try eating a small amount to see how you tolerate it.