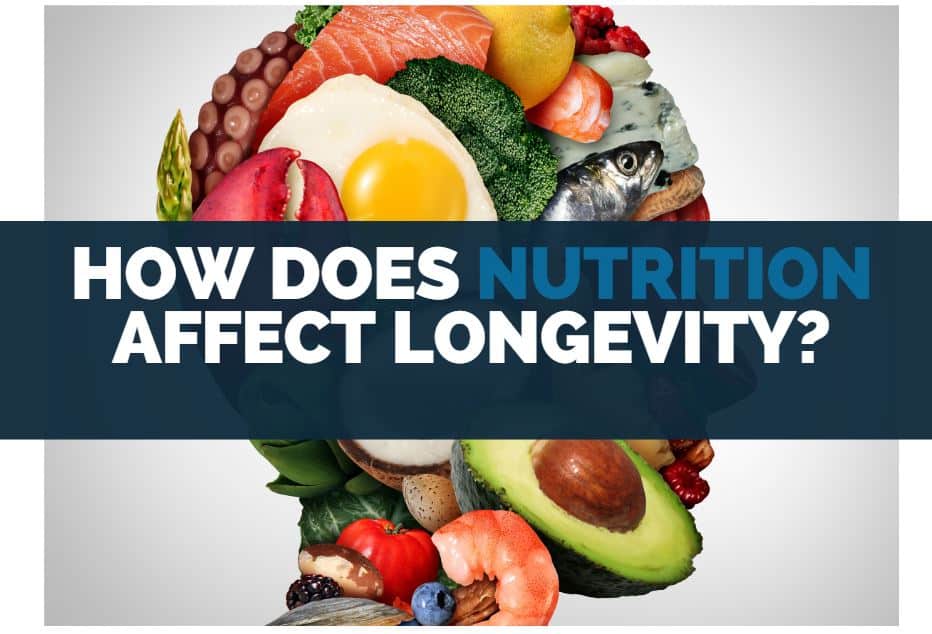 If you are looking for answers on how much nutrition affects longevity, your search is over.

The following article will give a thorough overview of how your nutrition choices can affect your lifespan.

So, How Does Nutrition Affect the Human Lifespan?

The single most important factors is the nutritional values of your diet choices. A number of studies demonstrate a powerful link between diet and longevity.

Also, studies have shown that simple and seemingly small dietary changes can have positive results on longevity such as reducing meat intake and increasing plant based consumption.

Essentially, the choices you make in terms of your nutrition have an outsized effect on your longevity and overall health.

Lets delve into diet and nutrition including what nutritional choices you should be making in order to maximize your longevity, quality of life, and overall well-being.

Table Of Contents hide
1 So What Effects Can Nutrition Have on Your Longevity?
2 What Is the Connection Between Diet and Lifespan?
3 Diet and Longevity Studies
4 Foods that Help You Live Longer
4.1 A Variety of Brightly Colored Vegetables and Fruit
4.2 Dark Chocolate
4.3 Oily Fish
4.4 Green Tea
4.5 Garlic
4.6 Cranberries

So What Effects Can Nutrition Have on Your Longevity?

The effects that nutrition can have on one’s longevity are plentiful and often times surprisingly powerful.

For instance, recent research suggests that if you eat just one serving of fresh berries each day, you could be adding a whole extra year to your lifespan.

Also, the evidence available similarly shows that eating certain kinds of nuts (particularly walnuts) as well as beans can extend your lifespan.

An overall diet that is based on plants has been linked with the reversal of heart disease and, therefore, with the extension of one’s lifespan by up to fourteen years.

One study, which was published in JAMA Internal Medicine in October of 2016, discovered that

Substitution of plant protein for animal protein, especially that from processed red meat, was associated with lower mortality, suggesting the importance of protein source.”

Merely reducing the quantity of meat you eat may increase your lifespan.

Drinking coffee has been linked to a decrease in mortality of all causes.

Other than diet, getting at least 7 hours of sleep per night may also serve to maximize your longevity.

Also, a severe restriction of calories has been shown to prolong the lives of laboratory animals and also serves to lower the target of rapamycin (TOR), which have been shown to be a major determinant when it comes to aging.

Such caloric restriction may easily be done by limiting the intake of animal protein as well as increasing your plant consumption.

On the flip side, some vitamin supplements may actually serve to increase all-cause mortality and shorten your lifespan.

For instance, multivitamins and Vitamin C do not appear to provide the body with much net benefit in terms of an increase in longevity.

Also, iron supplements have been correlated with a shortened lifespan.

However, Vitamin D, actually seems to cause us to live a longer life. 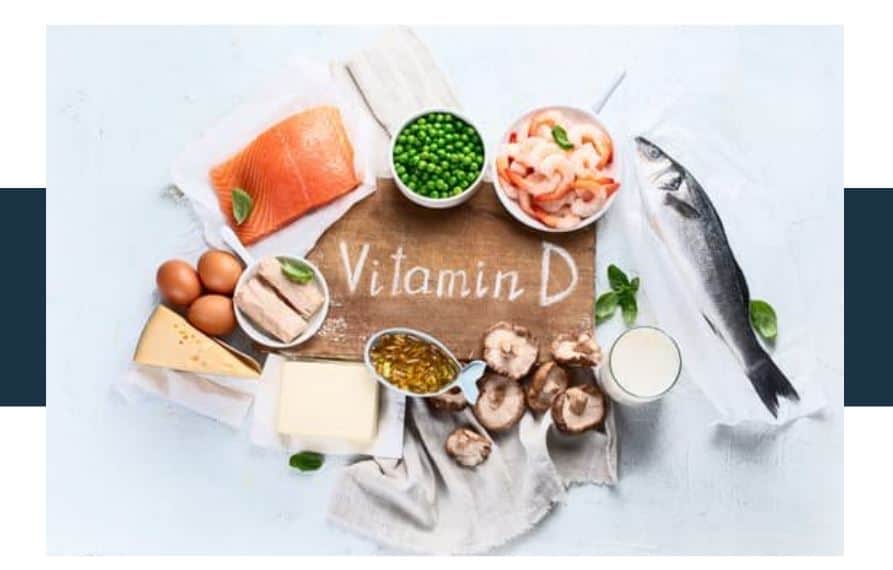 You can also see the effects of nutrition on longevity quite clearly on the negative side. For instance, the eating of meat may raise total mortality.

This is shown by the gigantic NIH-AARP study which is the largest forward facing study of health and diet in human history.

It is then not surprising that those who subsist on low carb, animal based diets have been shown to have significantly shortened lifespans due to their increased chances of all cause mortality.

A shortened life span has also been linked to early puberty, celiac disease that goes untreated, the consumption of overly processed fish and meats, the drinking of kombucha tea, and the eating of just 1 egg per day.

All of these practices have been linked to the shortening of our lifespan.

The consumption of dark fish (like salmon) has been connected with atrial fibrillation.

This is a heartbeat arrhythmia, a condition that may shorten your lifespan significantly.

But other studies have suggested that the consumption of seafood is linked to a decreased risk of heart disease and other such cardiovascular illness.

Despite much controversy and a number of studies aimed at proving otherwise, the moderate consumption of alcohol does not seem to significantly affect the longevity of those who are healthy in either a positive or a negative way.

As you can see, a vast variety of nutritional choices (whether small or large) can have significant effects on your longevity.

What Is the Connection Between Diet and Lifespan?

One of the most important factors in determining your longevity is your nutritional choices. A number of studies demonstrate a powerful link between diet and longevity.

Also, studies have shown that simple and seemingly small dietary changes can have positive results on longevity.

For instance, recent research suggests that if you eat just one serving of fresh berries each day, you could be adding a whole extra year to your lifespan.

Also, the evidence available similarly shows that eating certain kinds of nuts (particularly walnuts) as well as beans can extend your lifespan.

Also, an overall diet that is based on plants has been linked with the reversal of heart disease and, therefore, with the extension of one’s lifespan by up to fourteen years.

An overall diet that is based on plants has been linked with the reversal of heart disease and, therefore, with the extension of one’s lifespan by up to fourteen years.

One study, which was published last year in the journal Circulation, stated that sticking to just 5 healthy habits may extend one’s lifespan by approximately one decade.

The 5 healthy habits in the study are eating a healthy diet, regularly exercising, maintaining your body weight at a healthy level, drinking alcohol only in moderation, and refraining from smoking. 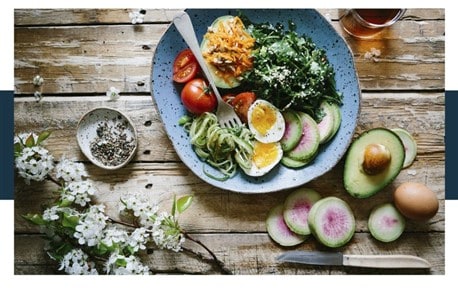 Much research has found that sticking to a Mediterranean diet — which consists of a good deal of vegetables, fruits, nuts, whole grains, and healthy fats as well as not too much sugar, processed food, or red meat — can usher in a variety of health benefits, the major one of which is a longer lifespan.

Many studies have determined that longevity benefits are associated with a number of the particular nutrients and foods which are found in the Mediterranean diet, including whole grains, fish, fiber, healthy fats, and plant based proteins.

On the other side of things, foods which include processed meats and snacks, beverages which are sugar sweetened, and fried foods have been connected to increased chances of chronic diseases and mortality.

Even a less than perfect diet can benefit from small changes. Research demonstrates that enacting smart changes in one’s nutrition can amount to significant benefits.

One study which was published in 2017 showed that those who ate 20 percent more healthy foods than they had eaten at the start of the study, over a duration of twelve years, were able to decrease the risk of early mortality by up to seventeen percent.

Obesity, which is directly related to diet and nutrition, also has an effect on longevity. A study published in 2018 discovered that widespread obesity in the US population took a year off of the average U.S. life expectancy.

The study also demonstrated that obesity is responsible for approximately 186,000 deaths each year.

Foods that Help You Live Longer

Foods which may help you to live longer include the following:

A Variety of Brightly Colored Vegetables and Fruit

Research shows that people who eat more vegetables and fruit live longer than people who do not, thanks to the nutrients contained therein.

Brightly colored produce is especially beneficial, because the natural pigments that give the fruits and vegetables their color also serve to help prevent cancer.

If you love chocolate, we have great news for you: chocolate can enable you to live longer!

The cocoa bean (from which chocolate is made) is stuffed with antioxidants which may reduce your risk of heart disease and thus your overall mortality.

Not only does choosing fish over meat lower your risk of a lot of the health problems linked to red meat, like heart disease and stroke, but oily fish like salmon, sardines, mackerel, and trout are famous for the health benefits they confer.

Oily fish can be an excellent source of vitamins D and A which are beneficial to the immune system. They are also rich in omega-3s. These fatty acids, are linked with a reduced risk of heart disease, stroke, and brain damage.

Studies suggest that ten of the compounds found in garlic serve to fight cancer. Garlic also has compounds which enhance the immune system and serve to break down the elements which cause cancer.

Studies show that those who eat garlic regularly have half the risk of contracting stomach cancer than the people who consume little to no garlic.

The  cranberry is chock full of anti-inflammatory, antioxidant, immune boosting, and antibacterial properties. It also has a ton of phytonutrients.

Furthermore, the phytochemicals which have been found in the fruits and the berries that are red in color serve to fight the molecules which cause cancer.

Hope you’ve found this article helpful and please check out the others in the longevity section.