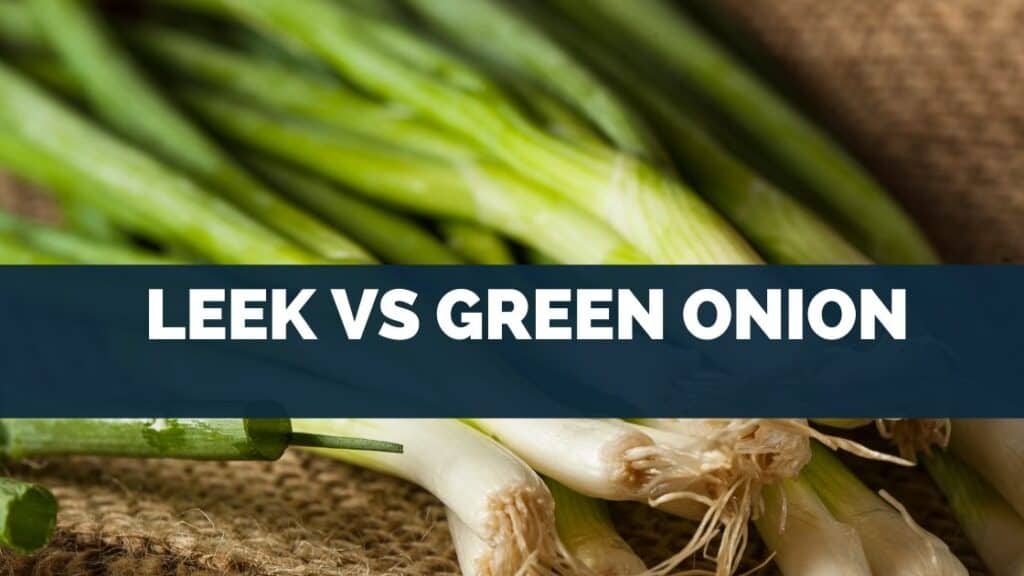 A Leek is the vegetable Allium ampeloprasum, coming from the genus Allium.

Green onions, also known as scallions, are also members of the same genus, together with garlic, chives, and onions.

Leeks look like large green onions but have a more subtle, delicate flavor.

Leeks belong to the family of onions with a light greenish middle and whitish base.

Leeks have a similar flavor as that of onion and are frequently used as a replacement for green onions.

In addition, it’s also used for sweetening the dish and in creamy soups.

Green onions, also known as scallions, are used for flavoring dishes and are sauteed with other veggies or in fresh salads.

Both vegetables are loaded with health benefits and are an excellent addition to any meal.

They help in weight management, improve gut health, and have properties that can help reduce the risk of cancer.

Go to top
Table Of Contents show
1 Can You Use Leeks Instead Of Green Onions?
2 Do Leeks Taste Like Green Onions?
3 Are Leeks A Superfood?

Can You Use Leeks Instead Of Green Onions? 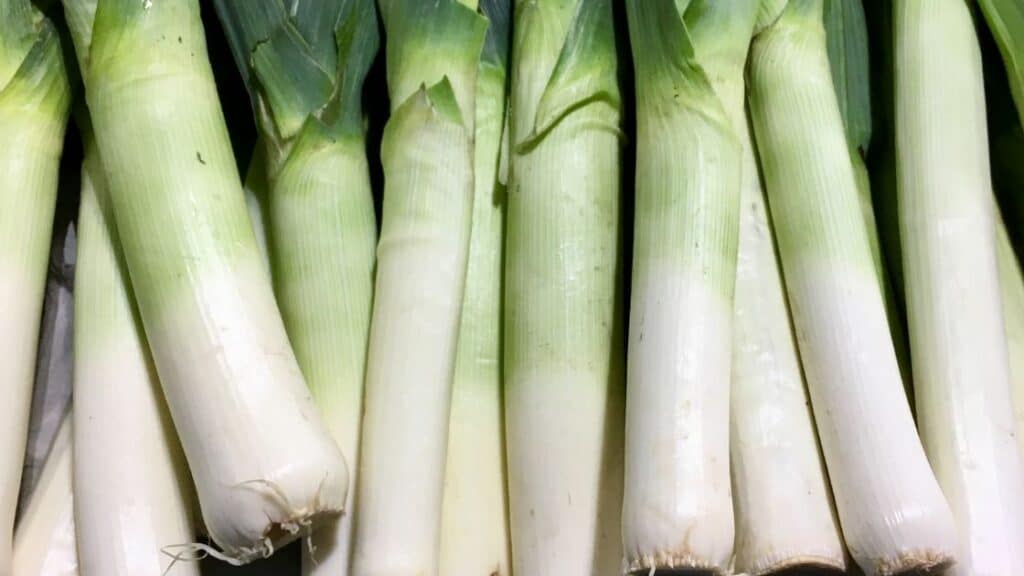 Leeks and green onions are from the same Allium family and can taste reasonably similar.

While leeks have a milder, more subtle taste, green onions tend to have a more pungent and robust flavor.

When substituting one for the other, it is essential to rebalance the amount used.

Leeks were an essential part of the ancient Greek and Roman diets.

Their flavor, far more delicate than the overpowering onion, was developed in the augmented soil along the banks of the River Nile.

This healthy, nutritious vegetable was enjoyed by everyone from the lower working class to the elite ruling class.

It was shown as a key element in the diet of the early pyramid builders.

They have been credited with many health benefits such as:

Leeks are sweeter, milder, and more delicate than green onions.

Green onions are more overpowering and, when eaten raw, tend to taste more like an onion.

In addition, how they are cooked decides the flavor of the leeks in the dish.

To eat leeks raw, cut them into thin, crescent shapes, and enjoy.

They taste herbal and grassy and generally like a mild onion.

However, when cooked, their taste and texture vary entirely from that of onion.

It has a buttery and creamy flavor with few similarities to the overpowering onion taste.

When roasted or braised, the leaves of leeks will taste crispier and almost melt down slowly in your mouth.

To enjoy the buttery flavor of this vegetable, you can use butter along with leek and braise them.

To enjoy the caramelized notes of leeks, you can combine them with fresh herbs and some salt.

The body of green onion has two visible parts; the greenish tops and the whitish bases.

Both these parts taste entirely different from the other.

While the whitish-colored bulbs have a sweet flavor resembling that of onions, the greenish-colored tops are soft and taste fresh and slightly spicy.

However, green onions have nothing on regular white or yellow onions!

Are Leeks A Superfood? 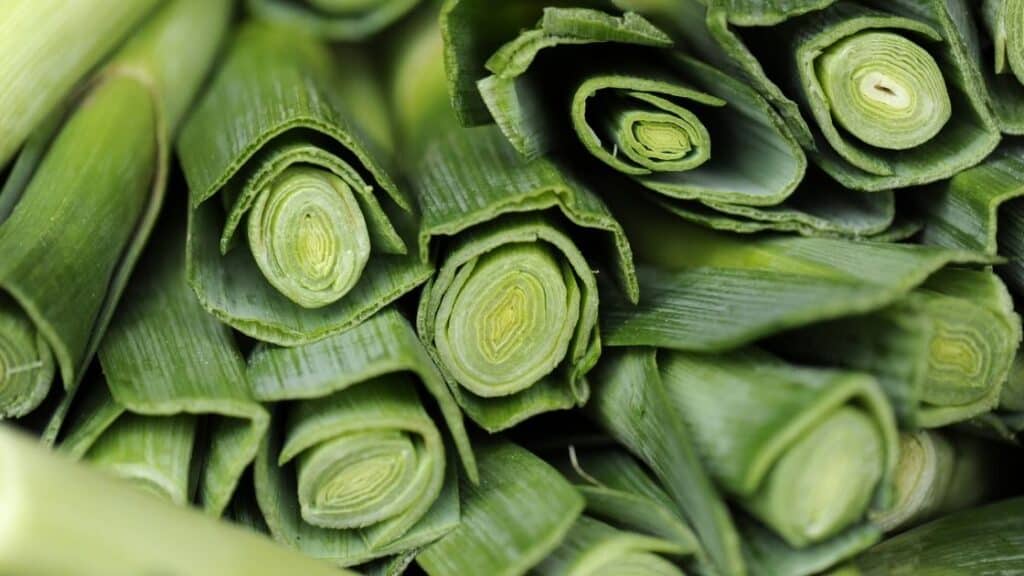 Leeks are a popular vegetable that has been used for thousands of years.

They are jam-packed with beneficial nutrients such as vitamins A, E, K, fiber, and antioxidants.

Widely regarded as a superfood, their incredible properties have been even known to reduce the risk of severe diseases.

A single cup of cooked leeks contains about 30% of the body’s daily Vitamin A and Vitamin K requirements.

In addition, it can satisfy the recommended daily requirement of manganese and folate.

Being loaded with nutritional benefits, leeks are one of the most beneficial vegetables and are frequently termed a “superfood.”

Leeks have many sulfur compounds which help in strengthening the immune system, preventing and curing inflammation.

Sulfur has been known to slow the spread of cancerous cells and reduce the risk of cancers.

Inflammation is a frequent cause of heart disease and a compromised immune system.

Antioxidants are found in leeks such as a flavonoid called kaempferol.

Flavonoids are widely known to have anti-inflammatory, anti-diabetic, and anti-cancer properties.

In addition, leeks are rich sources of prebiotics, the fermentable fiber that feeds the probiotics in your colon.

Probiotics are the trillions of gut bacteria responsible for maintaining optimal gut health and protecting the cells of your digestive system.

According to NIH, people consuming leeks daily have about 46% less risk of developing gastric cancer.