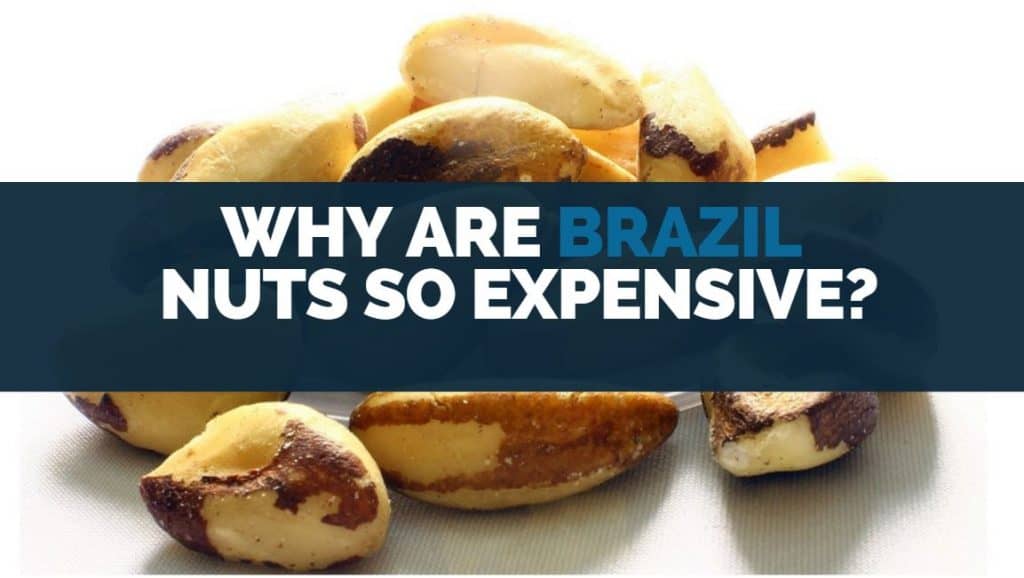 Grown primarily in South America, Brazil nuts are a large nut that, once developed fully, are an excellent source of various nutrients.

This little nut contains antioxidants like selenium and vitamin E, which are known to reduce inflammation in your body, and because of all the poly-saturated fats, fiber, and minerals, they have jam-packed in them they’re considered to be heart healthy.

The antioxidants and anti-inflammatory aspects have also been known to create some protective effects on your brain.

So, Why Are Brazil Nuts So Expensive?

Brazil nuts are so expensive because there is a shortage in supply.

Due to the low harvest season South America had back in 2017, Brazil nuts have been in low supply which has led to higher costs.

Because the Amazon rainforest received little rain that year due to El Nino, the pods for the seeds became underdeveloped and caused the seeds to prematurely fall, leaving the number of full chia seeds that fully developed low.

Brazil nuts also naturally hold a lot of nutritional value, which adds to another reason why Brazil nuts are so expensive.

Because Brazil nuts’ nutritional value is so high, Brazil nuts can be a great addition to most diets.

But compared to other seeds out there on the market, Brazil nuts contain high amounts of selenium and can easily overhaul your recommended daily value amount in just a few nuts.

However, just because Brazil nuts can be easily overly consumed doesn’t mean they still aren’t a good resource of nutrients to add to your diet in moderation.

Go to top
Table Of Contents show
1 How many Brazil nuts are safe to eat a day?
2 Which Nuts are the Most Expensive?

How many Brazil nuts are safe to eat a day?

Since Brazil nuts have high selenium amounts, there are a limited amount of Brazil nuts that are safe to eat in a day.

Without a pre-existing condition where the elements in Brazil nuts would be harmful to you, you can, as the recommended amount, consume 1 to 5 Brazil nuts a day.

Eating more than the recommended amount in a day can cause a condition called Selenosis, which can be very toxic and hard to regulate once that toxicity level has been reached.

One Brazil nut contains somewhere around 68 to 91mcg of selenium and can vary in those amounts based on where and from who you get your seeds from.

The upper limit for adults in their selenium intake per day is around 400mcg, and consuming just a few Brazil nuts will reach that limit.

When researchers and nutritionists refer to the concept of upper limit value, they are meaning for you to stay somewhat lower than that upper amount because going over those certain quantities of elements can start to cause some major issues.

If you were to reach a selenium amount of 400mcg a day continually, you might start to experience the same symptoms of Selenosis.

Selenium toxicity is a sign that you’ve reached too much and need to change something in your diet.

When you consume enough Selenium to reach toxicity, several things start happening to your body internally and externally.

Most believe that eating more than 5 Brazil nuts in a day will lead you to that toxicity amount, and that doesn’t take into account the difference in weight in individuals or other variables that could cause Selenium amounts to be very high in your body.

What Are Brazil Nuts?

Like most things when over-processed in the gut, an excess amount of selenium in your body can cause serious digestion issues, such as an upset stomach and diarrhea.

Among these too, you could start to experience hair loss, brittle hair, and nails.

Since your mouth is technically considered a part of your digestive tract, an overhaul in selenium can leave you with a metallic taste in your mouth, discolored teeth, and breath that has a garlic-like odor.

If you’ve reached a point where you’ve gotten selenosis and let it go untreated, you could also experience some worse effects.

Some of the more serious effects of selenosis involve kidney and heart failure, tremors, a heart attack, and difficulty breathing.  You should always consult a doctor if you experience these symptoms

With all these issues, you should be able to tell you have something wrong with you or that you have high toxicity levels in some area, and if you over-consume the recommended daily amount of Brazil nuts in a day, being aware of these symptoms can help save your life.

Which Nuts are the Most Expensive? 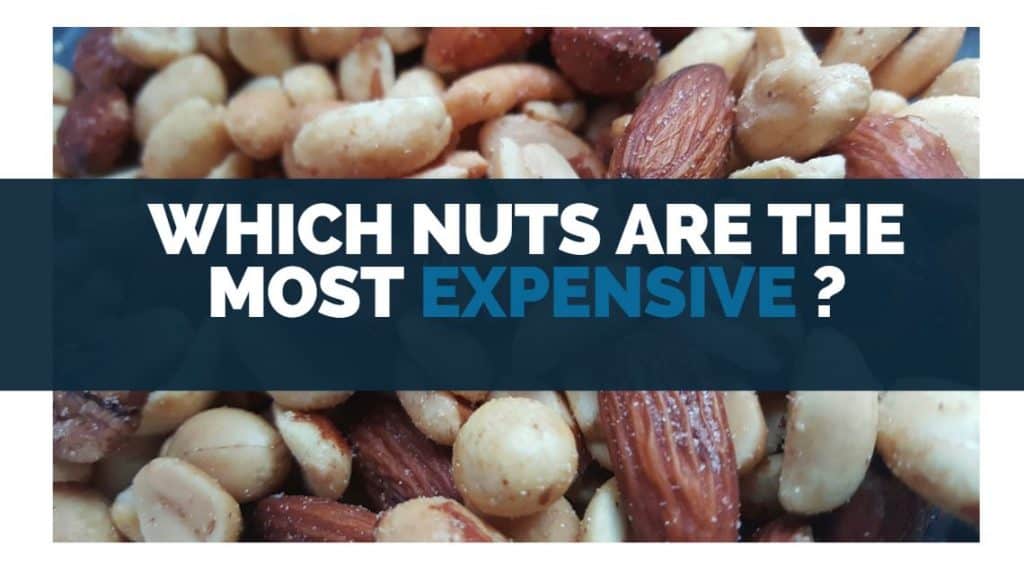 Macadamia nuts are the most expensive nut.

Of the top 10 most expensive nuts on the market, Brazil nuts that are raw and unshelled rank around number 7 as they sell for almost $7.30 per pound.

There are other nuts on the market that are being sold with higher prices compared to Brazil nuts, however, and can add up your cost even in small quantities.

Nuts are usually priced based on their nutritional value, demand, and how easily they can be sold on the market, and issues like low supply have kept Brazil nuts higher priced than if they would have had good growing seasons.

Ever since the aftermath of what happened in South America back in 2017, the cost and value of Brazil nuts have remained high.

Because certain South American countries that Brazil nuts usually grow had such a low harvest season after El Nino, this resulted in having a low supply over the last few years to distribute worldwide making them one of the most expensive nuts on the market.

Not only does the low harvest season impact prices of these nuts, but the fact that only eating a few nuts can give you high quantities of nutrients impacts their price as well.

Top 10 Most Expensive Nuts and Prices/pound

Brazil nuts can be a valuable source of nutrients that show tremendous health benefits if consumed at proper amounts but can be devastatingly harmful if you consume too much continually.

The low yielding supply harvested from a few years ago isn’t the only reason Brazil nuts skyrocketed in demand but is most certainly a large reason why they’ve had an increase in interest on the market.