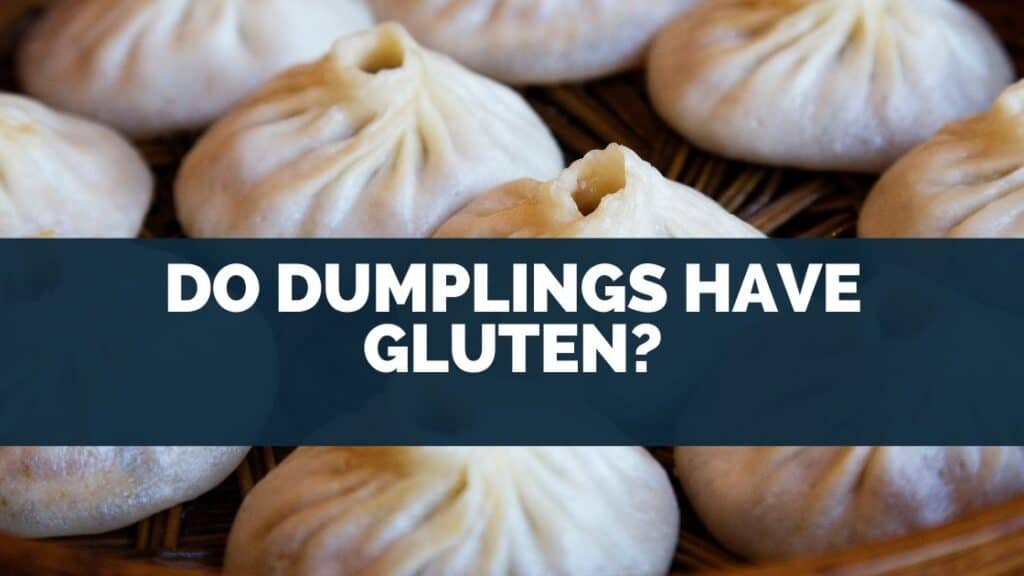 Dumplings are a delicious and versatile food that can be enjoyed by people of all cultures.

One common question about dumplings is whether or not they contain gluten.

Gluten is a protein found in wheat, rye, and barley.

It is also found in foods that are made with these grains, such as bread, most kinds of pasta, and baked goods.

Dumplings can be made with either wheat flour, rice flour, or tapioca flour.

As a result, they can be either high in gluten or gluten-free.

The majority of the dumplings found in restaurants are made with wheat flour, which makes them NOT gluten-free.

When choosing dumplings, be sure to check the label to see if they meet your dietary needs.

Gluten intolerance is a condition in which the body cannot digest gluten, a protein found in wheat, barley, and rye.

When gluten comes into contact with the small intestine, it triggers an immune response that damages the lining of the intestine.

This can lead to a range of symptoms such as digestive problems, fatigue, and skin rashes.

In severe cases, it can even cause malnutrition.

There is no cure for intolerance but following a strict gluten-free diet can help to manage the symptoms and allow the intestine to heal.

In addition, some people have a medical condition known as celiac disease, which is an extreme form of gluten intolerance that can cause them to have a serious reaction to gluten.

For these people, it is crucial to avoid foods that contain gluten.

Other people may simply choose to avoid gluten for personal reasons.

Dumplings are small, soft balls of dough that can be made from either flour or potatoes.

They are typically filled with meats, vegetables, or cheeses, and then boiled or fried.

While dumplings are commonly associated with Asian cuisine, they are actually popular in many parts of the world.

In addition to being a delicious and versatile food, dumplings also offer a number of health benefits.

For one, they are an excellent source of protein and fiber.

Dumplings are also low in calories and fat, making them a great option for those looking to lose weight.

So whether you’re looking for a quick snack or a nutritious meal, dumplings should definitely be on your radar.

Go to top
Table Of Contents show
1 Are Dumplings Wheat Or Rice?
2 Can Celiacs Eat Dumplings?
3 What Is A Dumpling Made Of?

Are Dumplings Wheat Or Rice? 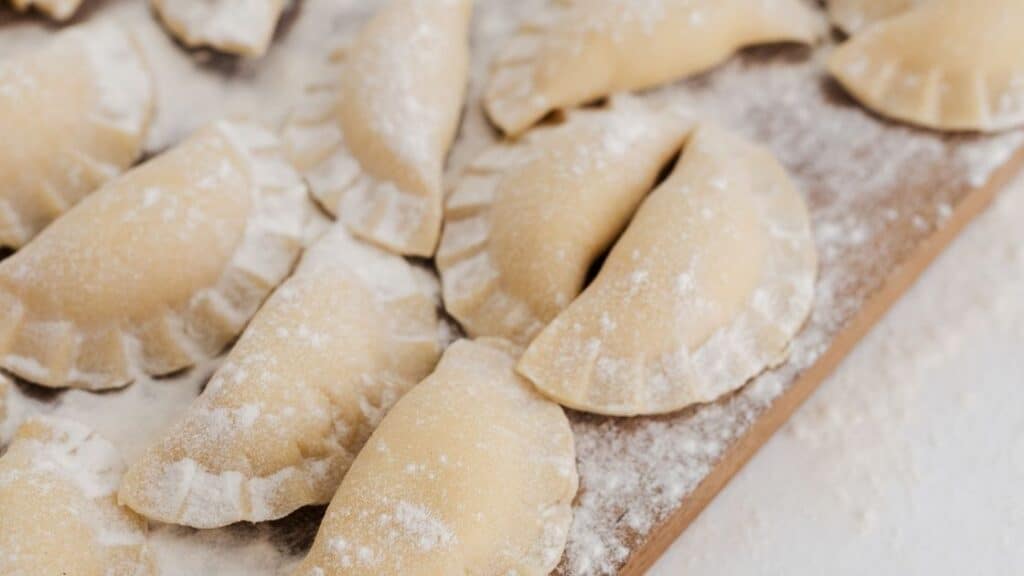 Dumplings are a type of food that consists of a small piece of dough wrapped around a filling.

They can be made from various types of dough, including wheat dough, rice dough, and potato dough.

The most common type of dumpling is the wheat dumpling, which is made with wheat flour, water, and salt.

Wheat dumplings are typically boiled or steamed and are often served with soup or stew.

Rice dumplings, on the other hand, are made with rice flour and are usually fried or deep-fried.

Rice dumplings are popular in Asian cuisine and are often served as a side dish or as an ingredient in soup.

Rice dumplings, or zongzi, are a traditional Chinese food made of glutinous rice and filling, wrapped in bamboo leaves and tied with string.

They are typically eaten during the Dragon Boat Festival, which falls on the fifth day of the fifth month of the lunar calendar.

Rice dumplings are made with glutinous rice, which is also known as sticky or sweet rice.

The rice is washed and soaked in water for several hours before being steamed.

Once it is cooked, it is mixed with fillings like meat, mushrooms, peanuts, or eggs.

The dumplings are then wrapped in bamboo leaves and tied with

Ultimately, whether a dumpling is considered wheat or rice depends on its ingredients and cooking method. 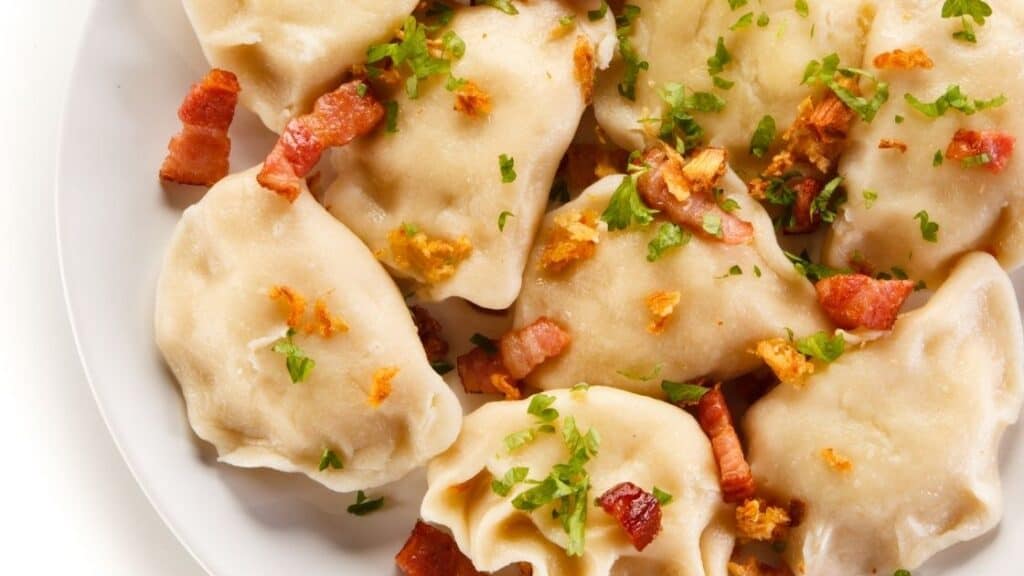 Most dumplings are made with wheat flour, which is not gluten-free, making these dumplings NOT suitable for consumption for those that suffer from celiac disease.

However, there are other types of dumplings made with gluten-free ingredients such as tapioca or rice flour.

Celiac disease is a condition that affects the digestive system and prevents the body from properly absorbing nutrients from food.

This can be caused by consuming gluten, a protein found in wheat, barley, and rye.

Dumplings are traditionally made with flour, which contains gluten.

As a result, people with celiac disease who eat dumplings may experience symptoms such as abdominal pain, diarrhea, bloating, and fatigue.

Celiac disease is a serious autoimmune disease that affects the digestive system.

When people with celiac disease eat gluten, a protein found in wheat, barley, and rye, their body mounts an immune response that attacks the small intestine.

This can damage the small intestine and prevent it from absorbing nutrients from food.

Celiac disease is not just a stomachache or an intolerance to gluten; it’s a serious condition that can cause long-term health problems.

People with celiac disease are at risk for malabsorption, malnutrition, and other serious health conditions.

There is no cure for celiac disease, but following a strict gluten-free diet can help manage the symptoms and improve your long-term health.

However, there are now many brands of gluten-free flour that can be used to make dumplings.

These flours are made from alternative grains such as rice, quinoa, and tapioca.

Folks suffering from celiac disease who want to enjoy dumplings can look for recipes that use gluten-free flour or purchase pre-made dumplings from specialty stores.

With a little bit of research, celiacs can enjoy this delicious food without harming their health.

What Is A Dumpling Made Of? 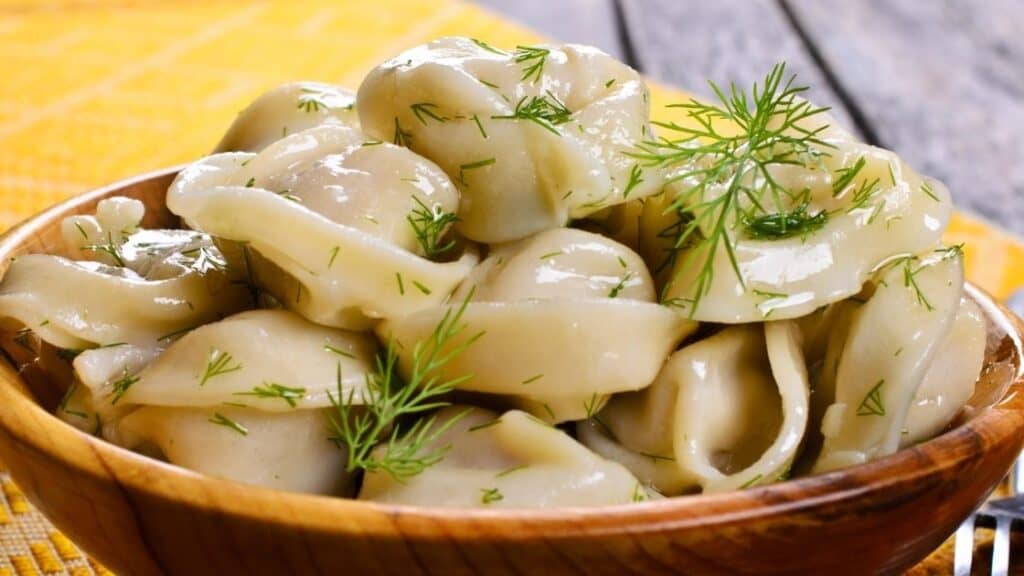 A dumpling is a small, round ball of dough that is boiled or steamed.

Dumplings are made from a variety of different doughs, including wheat flour, rice flour, and potatoes.

They can be filled with meat, vegetables, or fruits, and are often served as a side dish or in soup.

While dumplings are typically considered to be traditionally Asian food, they are enjoyed by people all over the world.

Dumplings are a delicious and versatile dish that can be enjoyed all year round.

While they are often associated with Asian cuisine, dumplings come in many different shapes and sizes and can be made using a variety of different ingredients

Some of the most popular types of dumplings include wontons, potstickers, and ravioli.

Wontons are small, pursed dumplings that are typically filled with a mixture of pork and vegetables.

They can be cooked in broth or fried, and are often served as an appetizer or main course.

Potstickers are another popular type of dumpling, which are similar in size and shape to wontons but are usually filled with a vegetarian filling such as tofu or mushrooms.

Ravioli are large, square-shaped dumplings that are typically filled with meat or cheese.

They can be served as a main course or side dish, and are often boiled or baked.

In general, dumplings are nutritious food that is high in fiber and protein.

Additionally, dumplings are low in calories and fat.

This makes them an excellent choice for people who are looking to lose weight or maintain a healthy weight.

Dumplings also have a number of health benefits.

For example, they can help to lower cholesterol levels and improve digestion.

Additionally, dumplings contain antioxidants that can help to protect against disease.

Overall, dumplings are a healthy and delicious food that can be enjoyed by people of all ages.