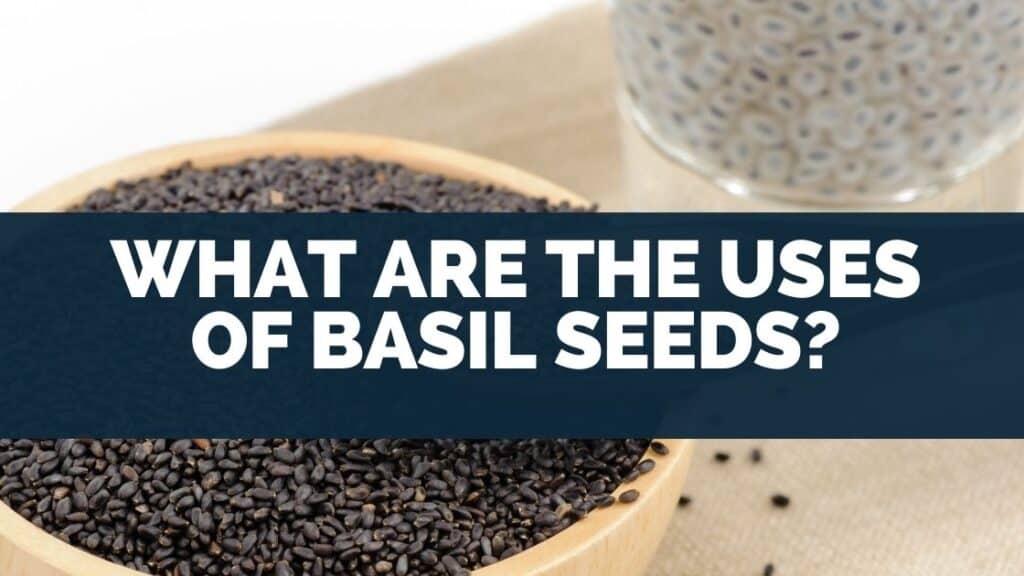 I’ve been trying some different foods and noticed that basil seeds are an interesting food that I haven’t heard much about.

I looked into how different cultures consume them around the world, and how they are used.

Generally, basil seeds are used as a thickening agent in recipes.

It is also used as a substitute for chia seeds and tapioca seeds.

It is commonly added to porridge, soups, smoothies, pudding, bread, and muffins.

Is It Safe To Eat Basil Seeds? 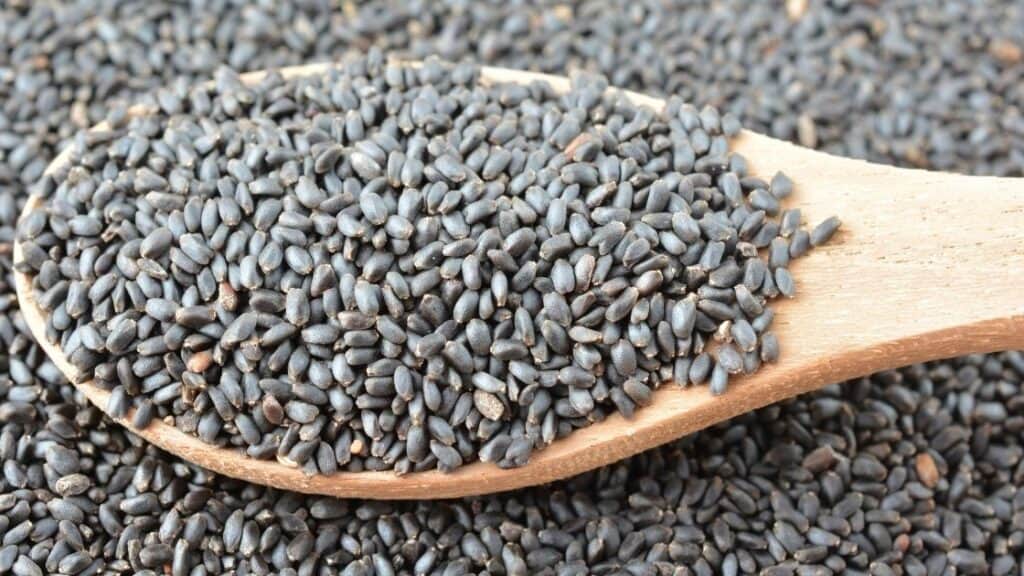 Although I enjoy eating seeds, I have learned that some seeds can be toxic when eaten.

So, I’m interested in whether basil seeds are safe to eat.

Overall, basil seeds are safe to eat according to medical professionals.

There has been some concern over the amount of vitamin K in basil seeds.

So, it’s best to only consume basil seeds every now and then, and not everyday.

It becomes a bit tricky to say how much is too much, as the other foods in your diet are also high or low in other nutrients.

So, it’s best to err on the side of caution and only consume them in small amounts and only 2 to 3 times a week (source).

One study found that the best flavor and texture of food or drink is one that contains 0.4% basil seeds.

In the study, they had participants rate drinks that contained basil seeds and found that most people preferred the drink that had 0.3% basil seeds.

The other drinks they had in the participant’s sample were 0.2% and 0.4% basil seeds.

The participants liked the flavor and texture of the drink that has 0.4% basil seeds the least.

How basil seeds are prepared

Basil seeds are generally quite dry and crunchy on their own.

And therefore, they are soaked in warm water to soften them up.

Once they soften they develop a gelatinous coating around them that thickens the recipes they’re added to.

If you’ve ever tried bubble tea you will be familiar with tapioca seeds.

Tapioca is also frequently added to the well-known tapioca pudding.

Interestingly, basic seeds could be classified as a pulse.

A pulse is a dried legume, such as dried kidney beans.

The major difference is that beans/pulses are soaked overnight or for at least 5 hours and then boiled on high heat to remove the toxins.

Many people wonder whether you can eat legumes such as beans raw.

Basil seeds, though, don’t require as much preparation.

And they can be soaked and softened in only 15 minutes. After that, they can be added to any dish you choose.

But, generally, they are used as a thickener and flavor enhancer to improve the texture of foods and drinks because of their well-known gelatinous qualities.

Where to get basil seeds you can eat/drink

Basil seeds are quite popular in Indian and Asian cuisine.

So, they can be found at Indian and Asian grocery stores.

As a plant such as basil goes to seed, it will stop producing as many leaves, which are primarily what basil is grown for.

In the summertime, basil will produce flowers.

The flowers eventually wilt and fall off, leaving the seeds clustered around the top of the stems of the basil plant.

Owing to the fact that basil doesn’t produce as many leaves when it goes to seed, it’s general practice to pinch off the flowers as they develop so that the basil will continue to produce leaves for a bit longer.

But, most basil varieties are annual – which means they die in the winter.

So, it’s important to let some of the basil flowers if you are wanting to keep some seeds for the next season. 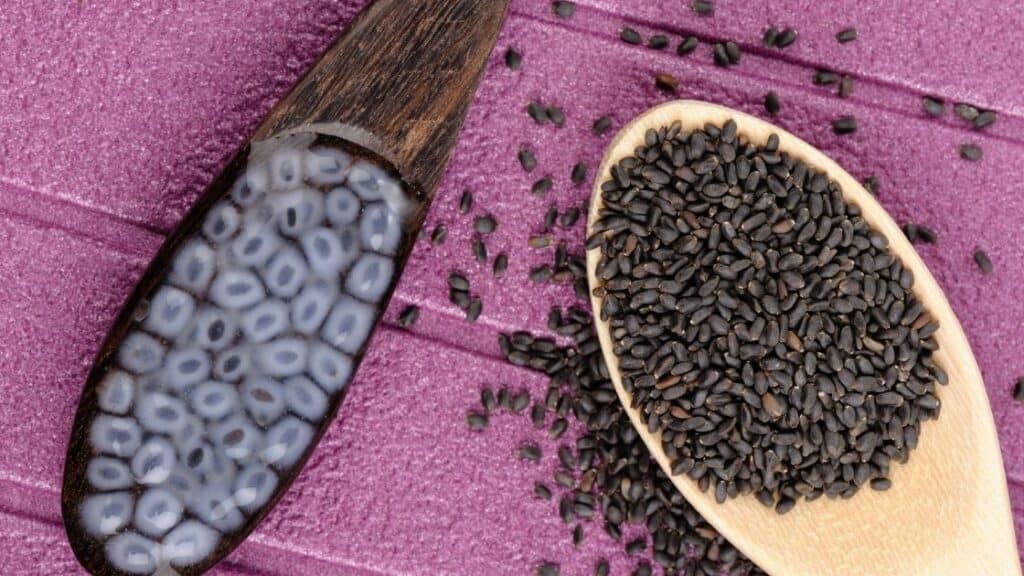 I have heard that basil seeds can help reduce body heat.

But, I was curious about whether this is simply a myth, or if they do reduce body heat.

Basil seeds on their own do not reduce body heat.

Basil seeds are often added to smoothies which include ice and are served chilled.

The liquid content and coolness of a smoothie cool the body down.

But, the basil seeds don’t contribute to reducing body heat.

Foods that are known to increase your body heat are:

In my opinion, it is a misconception that basil seeds reduce body heat.

And has been attributed to basil seeds due to their use in cold smoothies.

But, the cooling effect comes from drinking a lot of liquid, and the coldness of the smoothie.

Rather than from the basil seeds.

Do Basil Seeds Cool the Body? 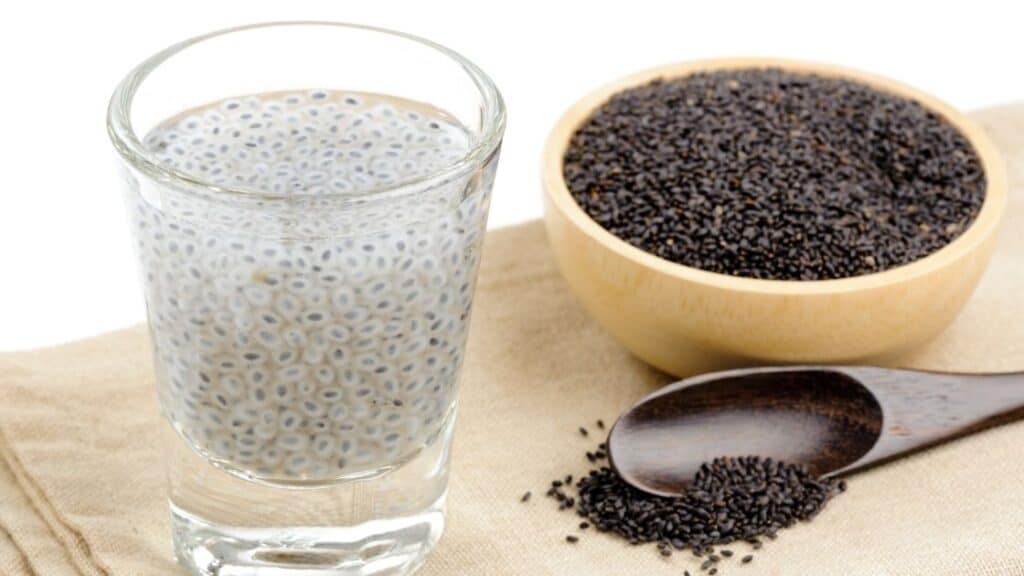 In the summer months, it gets particularly hot, so I was looking into foods that can cool me down.

So, do basil seeds cool the body?

Basil seeds do not cool the body.

Basil seeds are often added to cold smoothies, which cool the body due to their temperature and liquid content, not the basil seeds.

Which can easily be seen if you think about a pool on a hot day.

On a hot day, the pool water generally remains cooler than the outside air.

When the concrete tiles and area around the pool is much warmer as it absorbs the heat of the sun.

So, a well-hydrated body remains cooler for longer.

Basil seeds are only added in small amounts to the foods and drinks they’re used in.

So, the water content that they do have doesn’t have much effect at all on how hydrated you are.

What Happens if We Drink Basil Seeds? 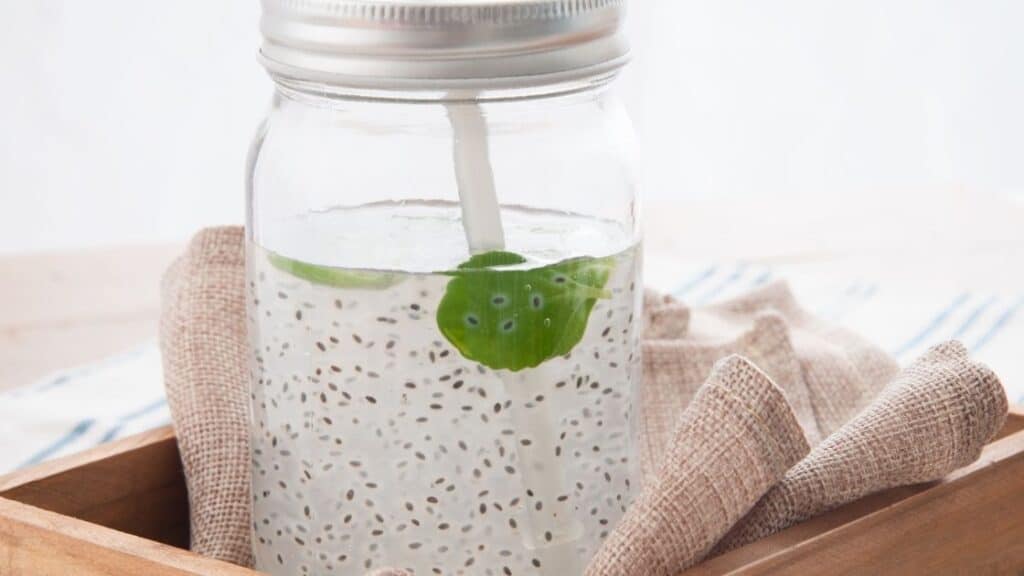 When preparing basil seeds they are soaked in water to soften them and improve their texture.

Some people are of the opinion that you can drink the seeds and the water together.

Since I’ve done a tonne of research into basil seeds I thought I’d answer what happens when you drink basil seeds.

Generally, nothing special happens when you drink basil seeds.

It’s not possible for a basil plant to grow in your digestive system, as the acidic conditions of the stomach are inhospitable to seed growth.

But, basil seeds are high in beneficial nutrients which are good for your health.

If seeds such as chia seeds aren’t chewed they can pass through your body whole.

This means the beneficial nutrients inside the seed aren’t absorbed into the body.

So, it’s a good idea to chew on basil seeds as you drink them.

However, provided you otherwise eat a varied and healthy diet, whether you chew or swallow basil seeds whole won’t have much of an effect on your overall health.

Can you eat basil seeds on an empty stomach? 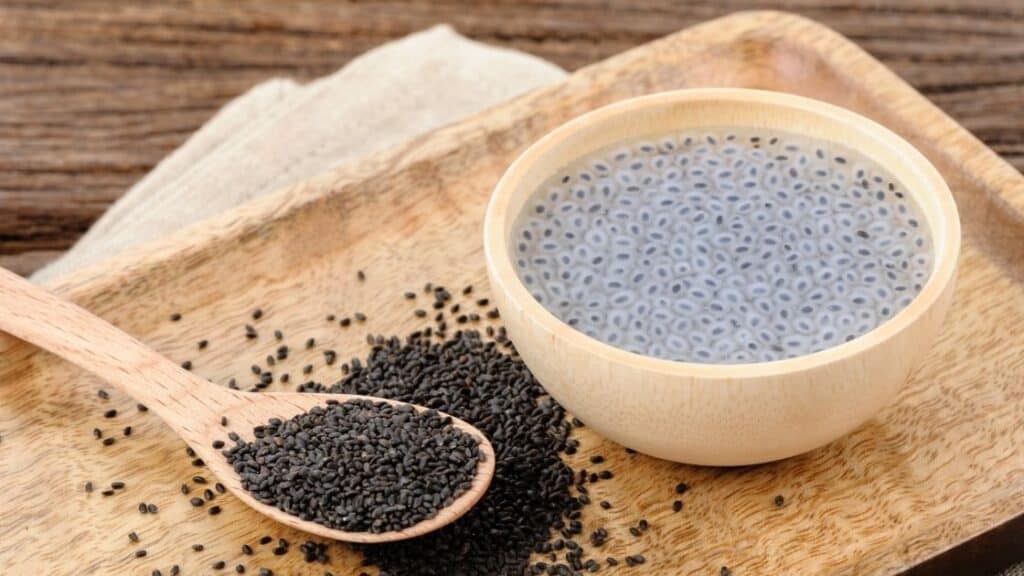 If I eat certain foods first thing in the morning on an empty stomach or break an intermittent fast, I sometimes have a sore stomach.

So, I was curious whether eating basil seeds on an empty stomach is OK since I was thinking about using them in smoothies for breakfast. Here’s what I found.

The stomach is acidic which will inhibit the seeds from germinating.

Basil seeds are also high in fiber which is good for your digestive system.

Basil seeds have quite a plain flavor so it’s difficult to eat a lot of them.

So, generally eating too many basil seeds isn’t an issue.

But, if you consume too much, and on an empty stomach, it can give you a bloated feeling, an upset stomach, vomiting, or diarrhea.

However, based on my research of many different foods, this is true of most foods and drinks and isn’t a specific characteristic of basil seeds.