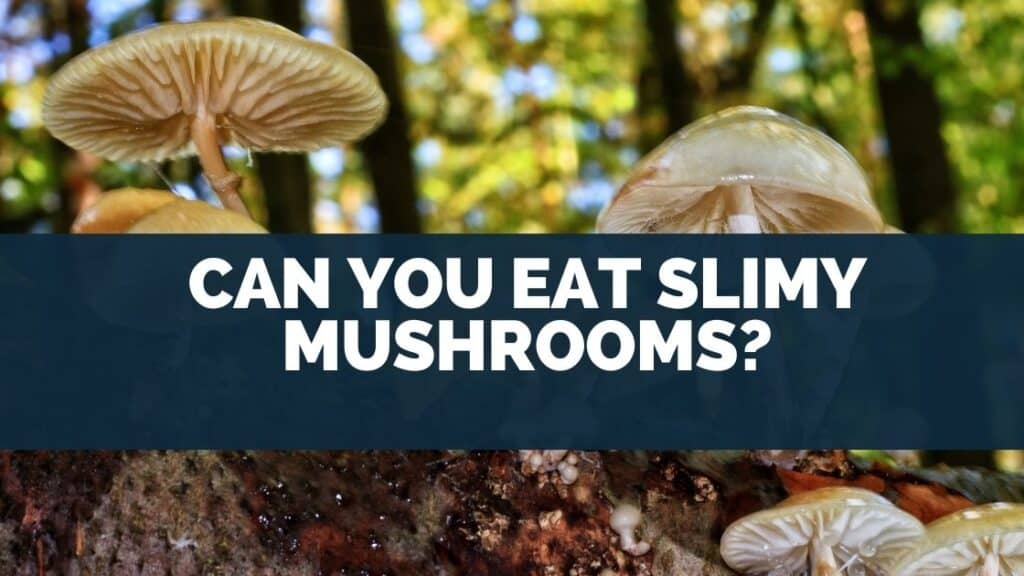 People often associate any and all bacteria or yeast with the rotting process, and therefore assume that fresh food is free from microorganisms and that this is what makes them safe to eat.

You’ll soon see, however, that this is not the case.

When food spoils, it often changes the appearance, smell, or texture of the food.

When mushrooms spoil, they develop a slimy texture and sometimes turn brown and foul-smelling.

If your mushrooms are just beginning to get slimy, it’s still possible to eat them after cooking.

If the mushrooms are very slimy, or if they are also starting to get brown spots or smell bad, it’s time to get rid of them.

What causes mushrooms to get slimy? 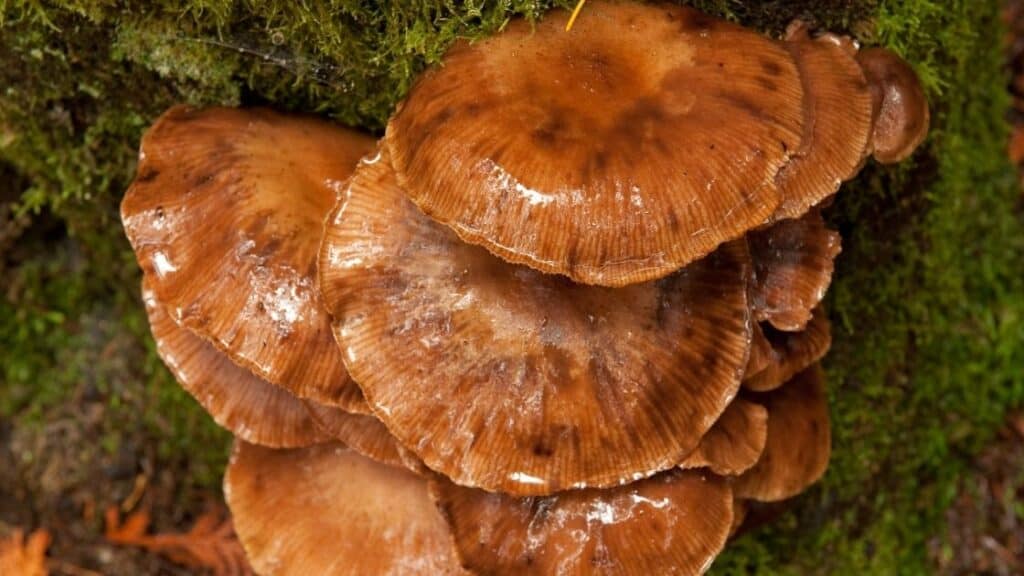 Mushrooms get slimy when they start to spoil.

Spoilage occurs when certain strains of bacteria or mold start to proliferate, usually when mushrooms are stored at room temperature, or even in the refrigerator for too long at a time.

Food spoilage is defined as any change occurring to food over time that renders it inedible to humans.

These changes are typically caused by the proliferation of any number of different types of microorganisms (such as bacteria or fungi).

As these microorganisms start to take over the food, they interact with various enzymes in the food, causing changes to the appearance, smell, or texture of the food.

Over the course of our evolution, humans have developed the ability to detect when food has begun to spoil and is becoming unsafe to eat.

For the most part, we are repelled by the changes that occur in the food as it rots.

We are not inclined to eat food that has become mushy, brown, slimy, or smelly.

It’s important to keep in mind that spoiled food is not dangerous because it has microorganisms.

In fact, living things — including our food and our own bodies — are continuously infiltrated by all manner of bacteria, fungi, and viruses.

As the NIH puts it,

But what you may not realize is that trillions of microbes are living in and on your body right now.

Most don’t harm you at all.

In fact, they help you digest food, protect against infection, and even maintain your reproductive health.”

Food spoils when certain strains of bacteria or fungi begin to dominate their host — the fruits, vegetables, meat, or mushrooms sitting on your counter or in your fridge.

But this does not mean that all bacteria or fungi are therefore “bad” — beware of this type of overly reductionist thinking.

Making microorganisms out to be an enemy of humans is a common error, driven especially by the prevalence of antibiotics, food preservatives, and hand sanitizers.

In fact, research has shown that over 10,000 different species of microorganisms typically live in the human body.

In fact, cells from microbes outnumber our native human cells by a factor of about 10 to 1.

Our bodies are literally more microbial than they are human! Again, this article by the NIH provides some great perspectives on this topic.

For a slightly different perspective on food rotting, check out this video by Art Insider.

It turns out that watching food spoil is actually pretty entertaining!

Is it dangerous to eat slimy mushrooms? 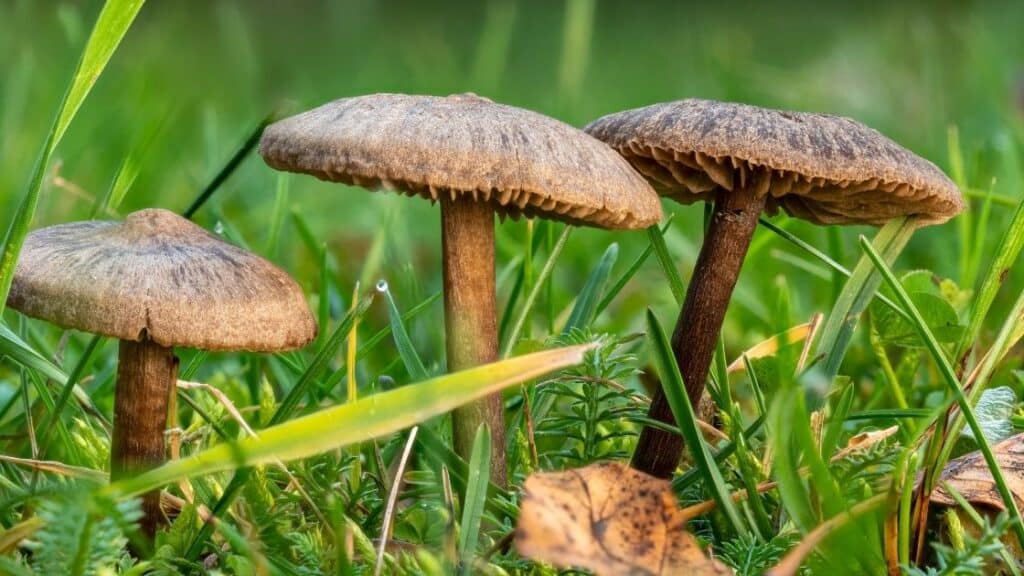 Eating slimy mushrooms may possibly result in gastrointestinal distress (such as diarrhea, nausea, or vomiting), especially if the spoiling process is quite advanced.

Food poisoning is not the same thing as contracting digestive upset from eating spoiled food.

Food poisoning is when the food itself contains pathogenic bacteria.

For example, eating a species of poisonous mushroom would probably result in food poisoning, whether it was eaten fresh or spoiled.

Eating slimy mushrooms that have been rotting for several days may cause symptoms such as diarrhea or vomiting, as your digestive system is attempting to purge itself.

In this case, the symptoms are actually your body’s solution to the problem — they are the way your body seeks to return to homeostasis, and to a healthy balance of microorganisms.

Are mushrooms slimy when wet? 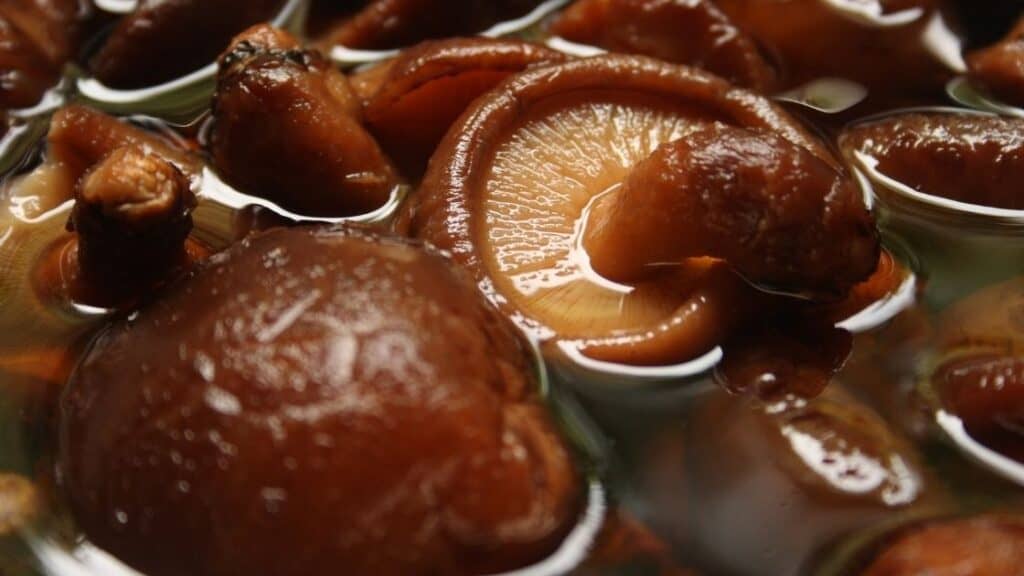 Washing mushrooms prior to cooking makes them wet, but this wetness from washing results in a markedly different physical sensation than when mushrooms are slimy from bacterial overgrowth.

As noted above, humans have developed a knack for sensing when food has spoiled beyond what is safe to eat.

In general, we are repulsed by foods that are slimy, moldy, or foul-smelling, and your intuition would be expected to be correct in helping you distinguish between slimy, rotting mushrooms and mushrooms that are merely wet from washing or condensation.

With that said, you should take care to store your mushrooms in a dry place, in order for them to last longer.

Moisture will cause them to spoil sooner by allowing microbes to proliferate more easily.

So for example, if you wash mushrooms, take care to dry them thoroughly before putting them back in the refrigerator.

Can you cook slimy mushrooms?

This may happen when bacterial overgrowth is still in the early stages and has not spread enough to take over the entire batch of mushrooms.

Chowhound.com recommends that if you notice your mushrooms starting to get slimy, you can immediately cook them in order to extend their shelf life.

After cooking, you can then store them in the refrigerator once again and buy yourself a few more days before you absolutely have to eat them.

Mushrooms are extremely versatile and can be cooked in a variety of different ways:

Mushrooms are a cheap, low-calorie way to add flavor and nutrition to your meals.

Don’t let them go to waste by letting them rot in your refrigerator!