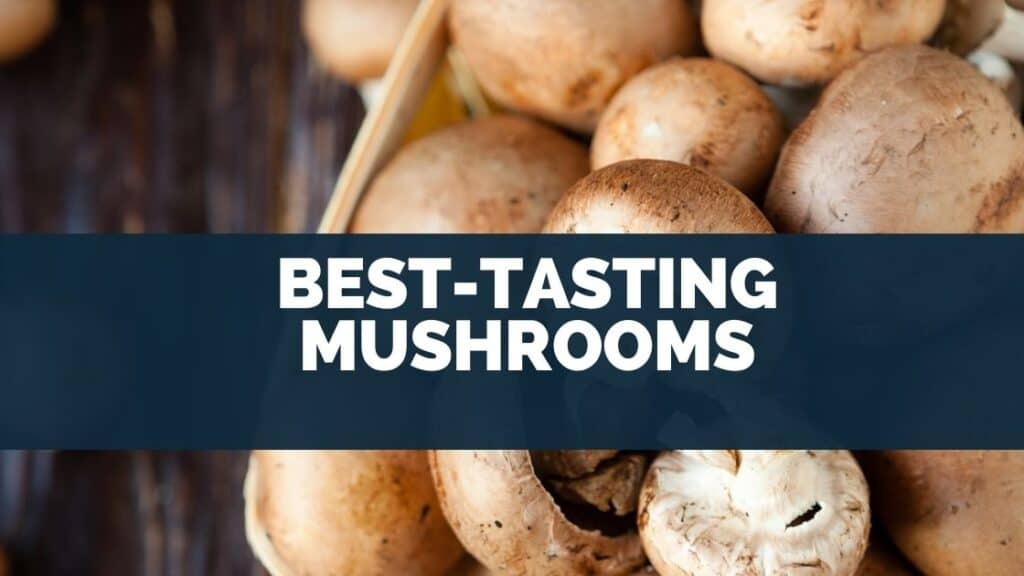 Mushrooms are tasty, versatile, (usually) cheap, and nutritious — a food that checks many boxes for many different types of people.

But many people are at a loss for how to best cook them.

This article will introduce you to several different types of mushrooms, their texture, and recommendations for the best ways of cooking them.

There are so many varieties of edible mushrooms that it would take an encyclopedia article to list them all.

By far the most common type of mushroom used in Western cooking is the white button mushroom.

There are lots of other varieties that are commonly used in cooking as well, such as maitake, shiitake, portobellos, and crimini.

All of these have their own unique characteristics and methods of cooking that suit them best.

Table Of Contents show
1 Which wild mushrooms taste the best?
2 What mushrooms do chefs want?
3 Which mushrooms are best for cooking?
4 Do all mushrooms cook the same?

Which wild mushrooms taste the best? 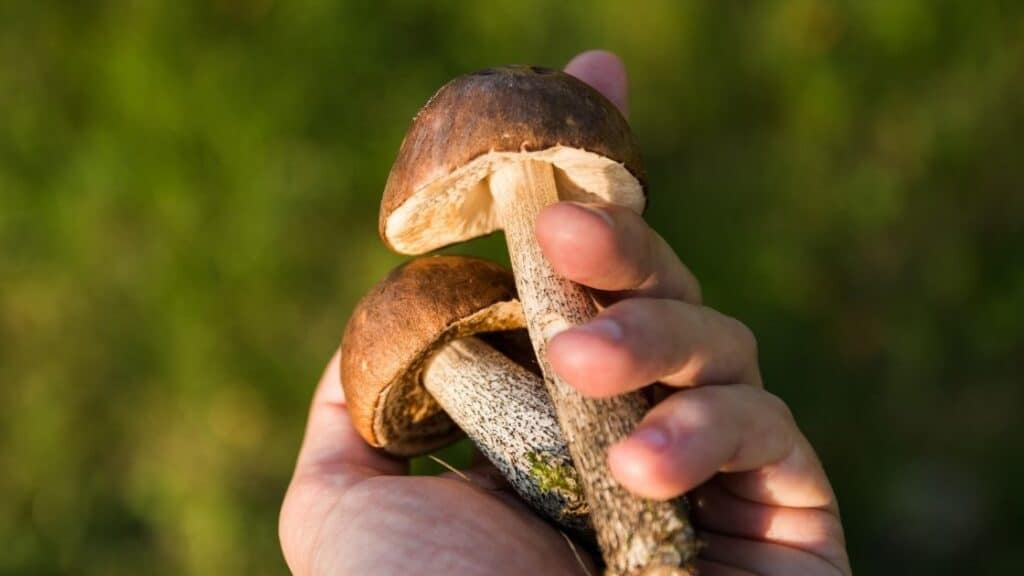 There are many varieties of wild mushrooms that are delicious and unique.

Puffballs are a favorite, as are shaggy manes, chicken-of-the-woods, oyster, and chanterelles.

If you learn to properly identify them, you should be able to forage for them year-round (but especially during the spring and fall seasons).

Once you learn more about mushrooms and learn to distinguish which types are edible, foraging for them in the woods is quite rewarding.

If you’re brand new to mushroom foraging, this is an introduction to some commonly-spotted types of edible wild mushrooms.

For more details about mushroom foraging, this is a good introductory video to whet your curiosity even further.

Puffball mushrooms grow from spring to fall and are one of the easiest wild mushrooms to identify — they are white and puffy on the outside and solid white on the inside (no hollow areas).

They vary in size — they could be as small as a baseball or as big as a basketball.

They are known as breakfast mushrooms because they pair well with egg dishes and omelets.

Shaggy mane mushrooms typically appear after rainfall and have a long growing season from spring to fall.

They are also very distinct and easier to identify — they have a long, cone-like shape.

It’s also the most likely type of mushroom to grow in your backyard!

They will spoil pretty quickly after harvesting, so cook them the same day or no more than a couple of days afterward.

They are delicious in soups, stir-fries, or pasta.

Chicken-of-the-woods are another very distinct type of mushroom and don’t have any look-alikes.

They are brightly colored (usually orange or red) and always grow on trees or roots that protrude out of the ground.

Based on your region, they will have different growing seasons.

They are a very hearty, versatile mushroom, and they get their name because they are a popular substitute for chicken in vegan recipes.

You can make alfredo, “chicken” noodle soup, or stir-fries with this mushroom.

They are white and grow in small clusters. They are fan-shaped and have gills on the underside of their caps.

They usually start to grow when temperatures are mild and there has been recent rainfall.

They are a wild mushrooms that is also commonly sold in grocery stores!

They are known for their texture, but not so much for their flavor.

They are commonly used in soup, stir fry, and pasta recipes.

Chanterelle mushrooms are very recognizable for their bright orange and yellow colors.

Some people perceive them as having a fruity smell that resembles apricot.

They have an inedible, toxic look-alike known as the Jack-o-lantern mushroom, so be especially careful when identifying chanterelles.

They are commonly spotted in late summer and early fall.

See this article for more details on wild mushrooms!

Remember, when foraging for wild mushrooms, exercise caution and make sure that you are properly informed and equipped to identify edible mushrooms.

There are some mushroom varieties that are highly toxic or may have undesirable side effects when eaten.

Be careful and show respect to these unique fungi by educating yourself thoroughly before foraging for them.

What mushrooms do chefs want? 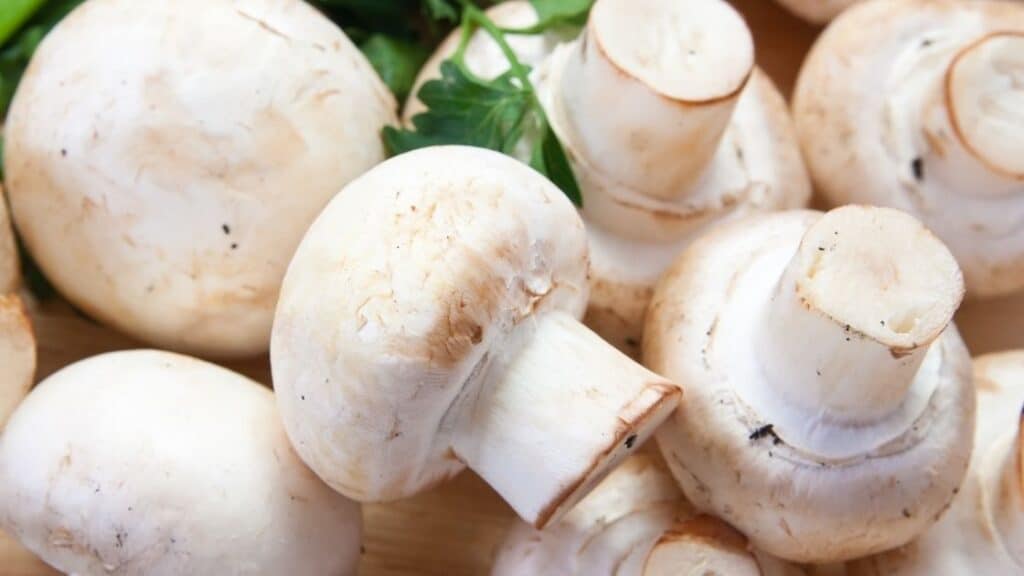 It’s difficult to give a universal list of mushrooms that all chefs want, because chefs are all very different and have different preferences for mushrooms, depending on their go-to dishes.

In general, mushrooms are a favorite for chefs making all kinds of cuisine, because they provide a great variety and lend themselves to many different types of dishes.

This article gives an example of various chefs and their favorite ways to use mushrooms in their cooking.

For example, a chef from Asheville, North Carolina says that maitake mushrooms are his favorite to cook with, describing them as “meaty with an almost seafood crunch.”

Another chef from Biloxi, Mississippi, loves cooking with chanterelles.

He makes a dish with chanterelle mushrooms that includes shallots, thyme, and butter on a crostini with goat cheese.

Another chef from Nashville, Tennessee, loves morels for their versatility and describes a duck and dumplings dish that uses morels.

Another chef from Scottsdale, Arizona, loves king trumpet mushrooms, describing them as “savory and mild” and having a texture that holds up to many different cooking methods, including grilling.

Finally, a chef from Ontario, Canada, describes a mushroom lasagna that he makes which contains many different varieties of mushrooms with different textures.

He makes the lasagna filling with these mushrooms, shallots, garlic, thyme, white wine, and cream.

Which mushrooms are best for cooking? 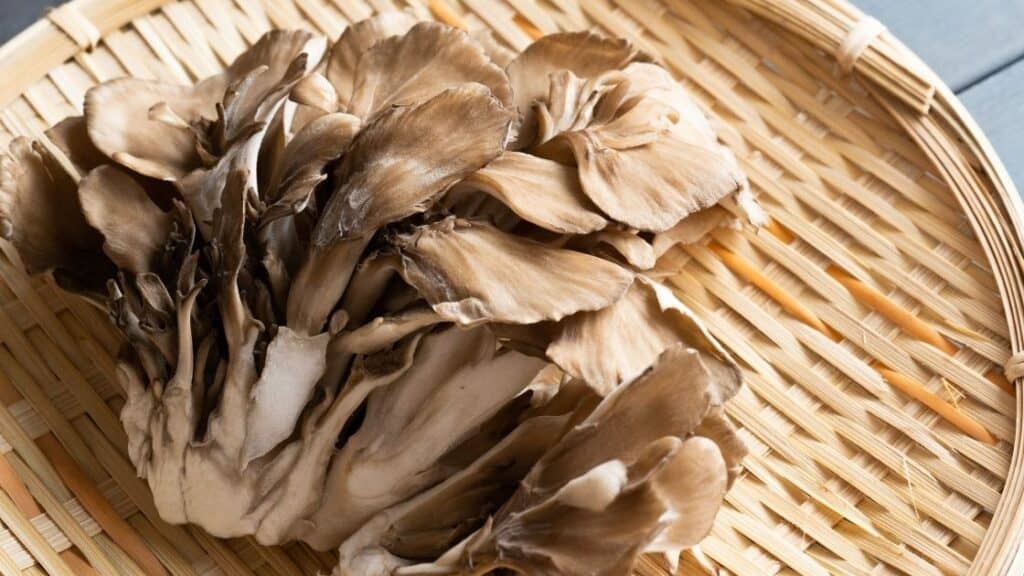 There is an almost endless variety of mushrooms that can be used for cooking.

Some of the best types to use in your cooking are maitake, shiitake, white button, portobello, and crimini.

They all have different flavors, textures, and optimal cooking methods that bring out the best in them.

While chefs may prefer more exotic mushrooms for their dishes, you may not be a world-class chef.

The types of mushrooms listed above are easier to find in the grocery store and more forgiving during the cooking process.

In the next section, we will discuss optimal cooking methods for these mushrooms.

Do all mushrooms cook the same?

Mushrooms do not all cook the same, as they all have slightly different textures and flavor profiles.

For example, not all mushroom varieties are conducive to grilling, but portobellos and king trumpet mushrooms taste delicious when grilled.

Similarly, not all types of mushrooms are good for sautéing, because they have the type of texture that becomes very rubbery or slimy when cooked in fat.

The most common type of mushroom used in Western cooking is the white button mushroom.

They are white in color and have a very mild flavor.

Since they are so mild, it’s recommended to cook them slowly to release their flavor.

Crimini mushrooms, on the other hand, have a less pleasant texture and tend to be more rubbery.

It’s easy for them to get slimy when cooking, so it’s recommended to roast them, crisp them up under the broiler, or mix into stuffing or veggie burgers.

Maitake mushrooms are also known as hen-of-the-woods. It’s extremely flavorful — it has a strong, earthy, even peppery flavor.

It’s also very versatile. It’s great as a topping on pizza or sautéed in butter.

Because it has such a rich flavor, it’s commonly used to enhance the flavor of more bland mushrooms, like white button or crimini.

Shiitake mushrooms have a pleasant, delicate texture and a meaty, buttery flavor.

Since they are already tender, they don’t require much cooking or modifying to make them palatable.

You can add them to soups late in the simmering process, or give them a quick sear in some fat on a skillet.

Portobellos are unique for their large size.

They have a meaty, savory flavor.

They also tend to get rubbery when cooked in liquid or fat, so it’s recommended to cook them in dry heat, such as the grill, air fryer, or oven.

You can even use large portobello mushrooms as “bun” substitutes if you are avoiding regular hamburger buns for some reason — for example, if you are cutting down on carbs, or avoiding gluten.

See this article for even more information about common mushroom varieties and how to cook them.